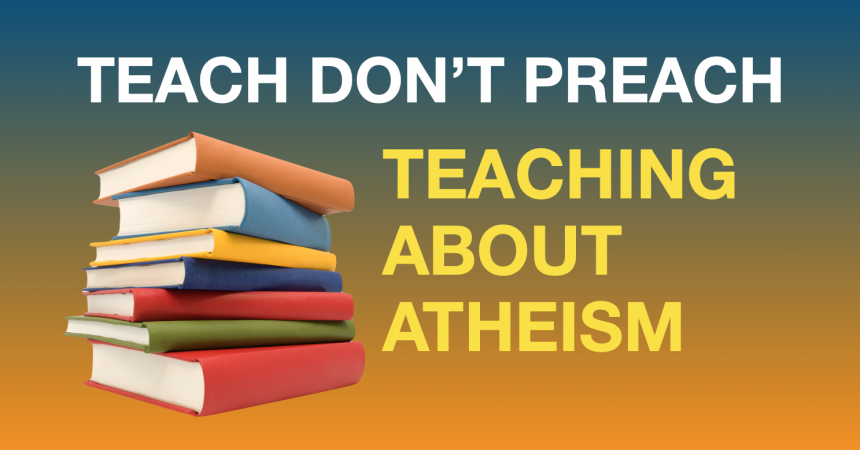 Atheist Ireland launched an important initiatives at our AGM on Saturday 21 September, in the Harbour Hotel in Galway.

We will be working with Educate Together to develop Ireland’s first ever course about atheism for primary schools. The lessons will be based on the Toledo guiding principles and will be taught in an objective, critical and pluralist manner. They will teach about atheism, not teach atheism.

Atheist Ireland is now almost five years old, and we have established ourselves as part of the social and political discourse on religion and secularism in Ireland and internationally. We promote atheism and reason over superstition and supernaturalism, and we promote an ethical and secular state.

Next week we will be speaking at the OSCE Human Dimension Implementation Meeting in Warsaw, where we will be highlighting the discrimination faced by atheists in Ireland and throughout Europe from religious oaths, religious education, blasphemy laws and other discriminations.

Our most exciting project for the coming year is financing, developing, designing and piloting Ireland’s first primary school course about atheism. We will be working with Educate Together to coordinate this project, with information provided by us and developed into lessons by professionals.

The initial project will involve a set of ten lessons for one age grouping, to be decided (either Junior and Senior Infants; or 1st/2nd class; or 3rd/4th class; or 5th/6th class). Ultimately we would like to develop it into four sets of ten lessons, one for each of those four age groups.

Our lessons about atheism will be based on the Toledo guiding principles and will be taught in an objective, critical and pluralist manner. They will teach about atheism, not teach atheism.

We also hope to make course material available for parents whose children are in denominational schools, and who want material for their child to study while they are opted out of the Religious Education / Faith Formation classes.

We will be launching a fundraising campaign specifically to help finance this project.

Atheism in the State curriculum

The State curriculum does not teach about atheism at primary level, and at Junior Cert secondary level it only ‘acknowledges’ the non-religious interpretation of life.

These are two of the aims of the Religious Education Course at second level (this is from the NCCA): To appreciate the richness of religious traditions and to acknowledge the non-religious interpretation of life; and To contribute to the spiritual and moral development of the student.

Atheism appears under the heading ‘Challenges to Faith’, along with such topics as materialism, individualism, apathy and religious indifference.

As a result of studying this section, the students should:
1 have an awareness of the variety of world views in today’s culture;
2 understand the challenge posed by some of these views to religious belief;
3 be able to identify points of conflict and points of contact between the scientific and religious world views of creation

Description of content.
1. The variety of world views in modern culture, including their origin
2. The scientific world view – at odds with religion? The question of creation
3. The technological view of the world and the person
4. Challenges to religious experience (such as materialism, individualism, etc.)
5. Apathy and religious indifference.

Atheism in the Catholic Church curriculum

The Following is from the Catholic Church part of the course, or in other words the Guidelines for the Formation and Development of Catholic students.  Schools with a Catholic ethos integrate the following into the state course under ‘Challenges to Faith’.

Faith does not keep itself outside human progress

The Gospel message interprets challenges to the faith, as does the teaching of the Church.

Christianity transcends every advancement of culture.

Scientific research complying with moral laws does not conflict with faith since science and faith derive from the same God.

Agnosticism/atheism/religious indifference can be interpreted as flight from the ultimate question of existence, that is, God.

Atheism in Educate Together schools

However, the Learn Together curriculum does not include details about atheism, or events to highlight atheist celebrations, in the way that they do for the various religions that their pupils’ parents identify with. Our new set of lessons will be the first to bridge that gap.

The Learn Together Mission Statement is to promote a philosophy of education in which no child is considered an outsider; which promotes the fullest development of ability irrespective of gender, class or stereotype and which encapsulates this ethos in a democratic partnership uniquely combining the involvement of parents with the professional role of teachers.

Strand 1: Moral & Spiritual
The general aim of the strand is to help develop in children a critical knowledge, understanding and awareness of right and wrong and a heightened awareness of social, ethical and moral standards through reflecting on the meaning and purposes of life. The strand should encourage and develop the individual on the journey to inner discovery and empower the child to make informed moral decisions.

Strand 2: Equality & Justice
The general aim of this strand is to develop in children a critical knowledge, understanding and awareness of issues relating to human rights, equality, culture and diversity, social justice and social inclusiveness and to empower them to make a difference.

Strand 3: Belief Systems
The general aim of this strand is to develop in children a critical knowledge, understanding and awareness of the teachings of religious and non-theistic belief systems and how these systems relate to our shared human experience. The emphasis will be placed on an exploration of the infinite variety and richness of humankind through nurturing a respect for a person’s right to hold and practice individual belief systems and through creating spaces where values can be articulated and critically examined.

Strand 4: Ethics & the Environment
The aim of this strand is to develop in children a knowledge, appreciation and respect for their environment and to empower them to take an active role in its stewardship.