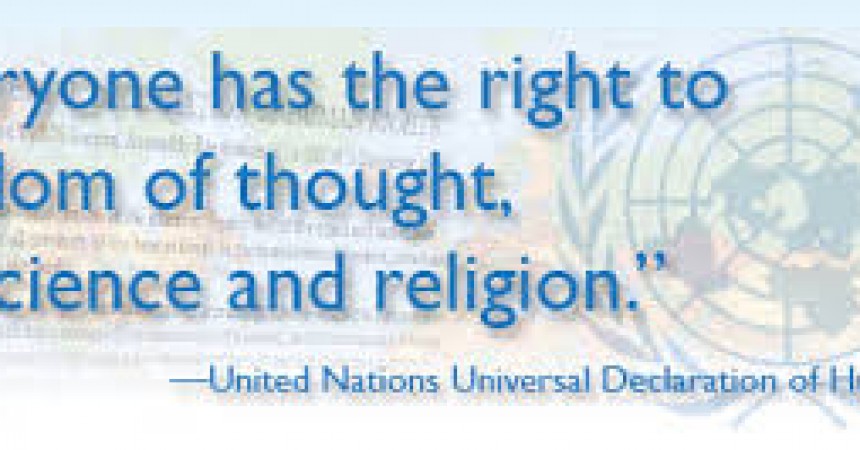 Atheist Ireland welcomes the recent statement by Archbishop Diarmuid Martin on freedom of conscience. We hope that this will lead to more people within the Catholic Church recognising that all people have freedom of conscience, including atheists and secularists, and that this human right is not just confined to freedom of religious expression.

In an article in the Irish Times it is reported that Archbishop Martin has stated that:-

“I think freedom of conscience is probably one of the most fundamental of all human rights because it touches the very depth of a person and their identity. We have to redevelop a sensitivity to what that means.”

Human Rights law has always recognised that freedom of conscience is not just confined to religion. The European Court has stated that the supporters of secularism are protected by Article 9 the right to freedom conscience and Article II of Protocol 1 the right to education.

58. Secondly, the Court emphasises that the supporters of secularism are able to lay claim to views attaining the “level of cogency, seriousness, cohesion and importance” required for them to be considered “convictions” within the meaning of Articles 9 of the Convention and 2 of Protocol No. 1 (see Campbell and Cosans v. the United Kingdom, 25 February 1982, § 36, Series A no. 48). More precisely, their views must be regarded as “philosophical convictions”, within the meaning of the second sentence of Article 2 of Protocol No. 1, given that they are worthy of “respect ‘in a democratic society’”, are not incompatible with human dignity and do not conflict with the fundamental right of the child to education (ibid.). (Lautsi v Italy)

We hope that this new sensitivity to the right to freedom of conscience will enable the Catholic Church in Ireland to recognise that atheists and secularists have a conscience, and that these rights are not just confined to Catholics. We hope that the Catholic Church will accept that our conscience tells us that discriminating against children because of their parents convictions undermines the dignity of the child.

Despite the call to promote freedom of conscience the recent document issued by the Catholic Schools partnership; “Catholic Primary Schools in a changing Ireland, Sharing good practice on the inclusion of all pupils” does not recognise that secular families have a conscience. How can these schools promote freedom of conscience, pluralism and inclusion if they don’t respect and promote respect for the philosophical convictions of atheist and secular parents?

We are pleased that a senior representative of the Catholic Church seems to recognise the human rights of atheist and secular families who have no choice but to attend Catholic schools, and we look forward to hearing how the Catholic Church intends to protect these rights.

The Catholic Church: Undermining the right to school Freedom of Conscience