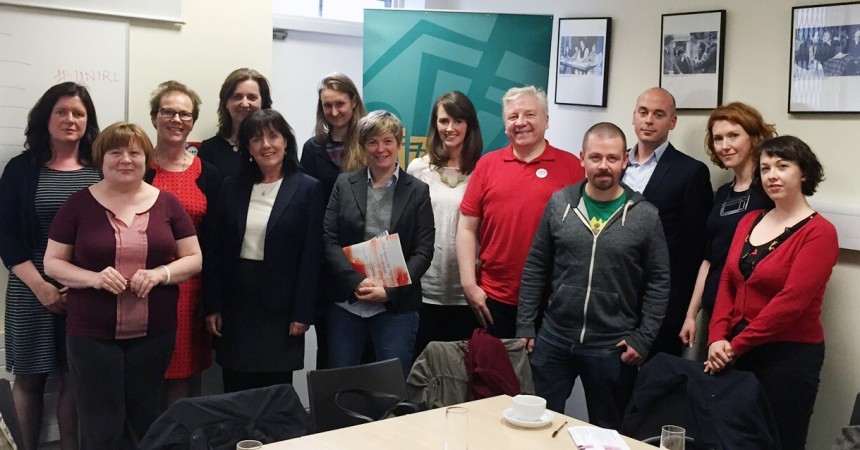 This Monday and Tuesday, Atheist Ireland will be in Geneva, Switzerland, briefing the United Nations Committee on Economic, Social and Cultural Rights before the Committee questions Ireland on its human rights obligations.

We will be working alongside our colleagues in other Irish civil society groups, pictured above, from:

The Irish groups collectively will be highlighting Ireland’s breaches of human rights under the International Covenant on Economic, Social and Cultural Rights, on behalf of a wider alliance of over eighty groups which, coordinated by FLAC and PILA, produced a parallel Irish report for the UN Committee.

Atheist Ireland will be specifically highlighting that:

This Covenant obliges Ireland to guarantee the rights within it without discrimination. Ireland repeatedly fails to do this, particularly in the education system.

Ireland still has no non-denominational schools, at primary or secondary level. Primary schools are still publicly funded private bodies, almost all Christian, with a near-monopoly on a vital public service, and no effective remedy to vindicate Covenant rights.

Our Minister for Education, and our Minister of State for Equality, have both recently said that a Constitutional Referendum would be needed to remove discrimination against atheists in our education system.

Children have a human right to a neutral studying environment, even in denominational schools

Why secular schools are good