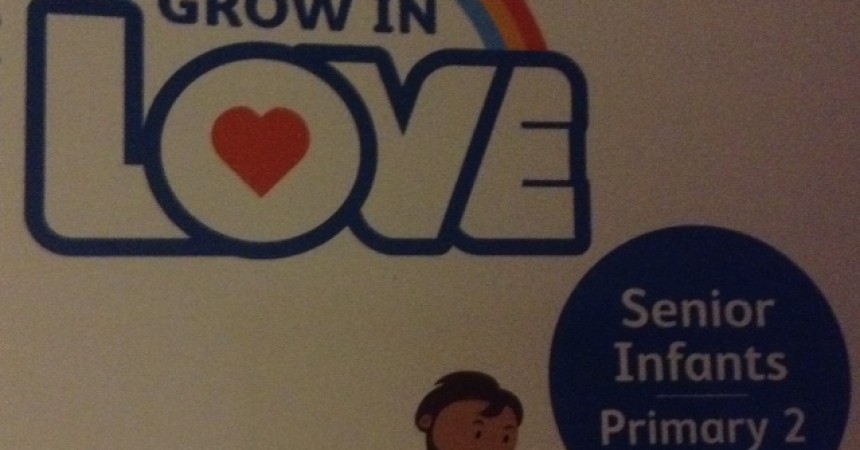 In a recent letter to the Irish Times, Dr. Daniel O’Connell co-author of the New Catholic ‘Grow in Love’ religion course in Primary schools stated that “To indoctrinate is to do harm to a child, in a deliberate fashion, and is opposed to good education.”

Dr. O’Connell goes on to state that:-

“Finally, I would like to take issue with Mr Swan’s claim that Catholic schools want to indoctrinate children. To indoctrinate is to do harm to a child, in a deliberate fashion, and is opposed to good education.

While I’m unfamiliar with the research on which Mr Swan bases this claim, I am concerned with the inference that suggests that in religious education teachers deliberately do harm to our children. I reject such an inference.”

The courts in Ireland have never defined what is meant by indoctrination. However, it has been defined by the European Court in relation to the right of parents to respect for their religious or philosophical convictions.

States are forbidden to pursue an aim of indoctrination by not respecting parents’ convictions, and must take sufficient care that the curriculum is delivered in an objective, critical and pluralistic manner. This is not something that happens in publicly funded National Schools with a Catholic ethos. The difference between Religious indoctrination and Education about Religions and Beliefs

In Canada, the Supreme Court has produced a test for deciding what indoctrination is. There are many Catholic schools in Canada who will have difficulty claiming that they don’t indoctrinate infants. The exact same thing applies to the new Religion course ‘Grow in Love’.

The Supreme Court in Canada stated that:

(2) The school may expose students to all religious views, but may not impose any particular view.

(3) The school’s approach to religion is one of instruction, not one of indoctrination.

(4) The function of the school is to educate about all religions, not to convert to any one religion.

(5) The school’s approach is academic, not devotional.

(6) The school should study what all people believe, but should not teach a student what to believe.

(7) The school should strive for student awareness of all religions, but should not press for student acceptance of any one religion.

(8) The school should seek to inform the student about various beliefs, but should not seek to conform him or her to any one belief.

Given the above, there really is no doubt that the new ‘Grow in Love’ religion course in publicly funded National Schools is religious indoctrination. The goal of the ‘Grow in Love’ religion  course is to perpetuate the Catholic religion by reducing the chance that children taught in the vast majority of publicly funded National schools will leave the Catholic Church.

It is difficult to escape the conclusion that the ‘Grow in Love’ religious instruction course is explicitly directed toward curtailing the child’s ability to exercise the right to entertain beliefs as the child chooses. It certainly does not recognise that the child has the right to freedom of conscience, and the right to receive education in an objective, critical and pluralistic manner.