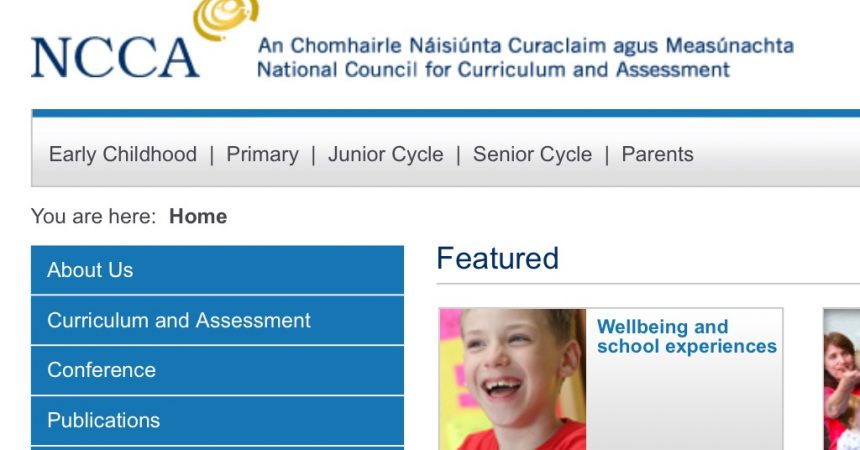 A recent article in the Irish Times regarding the requirement to study the Koran as part of the Leaving Certificate Arabic exam raises some very interesting questions for the National Council for Curriculum and Assessment (NCCA).

Approximately 200 students take the Leaving Certificate Arabic exam and they must study extracts from the Holy Koran. These extracts from the “Holy Koran” are prescribed material for all candidates and the Irish Times article says that the NCCA stated that, “the requirement for questions based on the Koran are explicitly stated in the syllabus”.

A parent had complained that the requirement for his child to study the Koran was discrimination and unjust. The family are Syrian and their Christian daughter is due to sit the exam. The family have been granted refugee status.

From what we can gather from the article in the Irish Times the family are claiming that the state disrespects their religious convictions and that they are being discriminated against on the grounds of religion.

Respecting parents’ convictions in the education system is not just confined to religion classes; it covers all subjects under the curriculum, and all the functions of the state. The European Court has made clear that this ‘Right to Respect’ is an absolute right, not to be balanced against the rights of other, or one that can be gradually achieved. This will cover the NCCA and Arabic for the Leaving Certificate

The General Human Rights Principle outlined here in a case at the European Court, Folgero v Norway 29.06.07 states that:-

“(c) Article 2 of Protocol No. 1 does not permit a distinction to be drawn between religious instruction and other subjects. It enjoins the State to respect parents’ convictions, be they religious or philosophical, throughout the entire State education programme (see Kjeldsen, Busk Madsen and Pedersen, cited above, p. 25, §51).That duty is broad in its extent as it applies not only to the content of education and the manner of its provision but also to the performance of all the “functions” assumed by the State. The verb “respect” means more than “acknowledge” or “take into account”. In addition to a primarily negative undertaking, it implies some positive obligation on the part of the State. The term “conviction”, taken on its own, is not synonymous with the words “opinions” and “ideas”. It denotes views that attain a certain level of cogency, seriousness, cohesion and importance (see Valsamis, cited above, pp. 2323-24, §§ 25 and 27, and Campbell and Cosans, cited above, pp. 16-17, §§ 36-37).”

The requirement to study parts of the Koran in the study of Arabic is clearly covered under the above General Principle. The same principle would apply to the study of the Bible. Requiring the children of Christian parents or for that matter secular parents to study the Koran as part of the Leaving Certificate Arabic exam is not objective, critical and pluralistic and does not respect parents’ convictions. Christian and other minorities can legitimately consider that the approach adopted in the classes was likely to cause their children to face a conflict of allegiance between the course and their own values.

The issues for the NCCA

The NCCA is an ‘organ of the state’ and as such is obliged to ensure that it is in compliance with the European Convention on Human Rights.

Atheist Ireland has issues with how the NCCA promote and respect human rights in the education system. Atheist Ireland has made formal complaints to the NCCA regarding the second level Religious Education Course and the fact that we believe that it disrespects our philosophical convictions and is discrimination. We have also formally complained to the Department of Education. It is an issue and especially when many schools make this course compulsory. One of the main aims of the course is to contribute to the moral and spiritual education of students through religious education. In addition the vast majority of schools combine the state Religious Education course with the Guidelines for the Faith Formation and Development of Catholic students.

This means that students from secular families and also students from Muslim families are forced to take religion at second level which is contrary to their parents’ religious and philosophical convictions. Parents are not informed that the state Religious Education course is taught through the lens of the Catholic Church.

The NCCA has done nothing about this abuse of human rights and in relation to Arabic at Leaving Certificate level it is quoted as saying that:-

“The NCCA said the syllabus is being reviewed and this will consider the “range and sources” of prescribed texts.”

In other words it is going to do nothing about this breach of human rights; it simply does not understand its obligations to uphold human rights. The European Court has stated that:-

“(h) The second sentence of Article 2 of Protocol No. 1 implies on the other hand that the State, in fulfilling the functions assumed by it in regard to education and teaching, must take care that information or knowledge included in the curriculum is conveyed in an objective, critical and pluralistic manner. The State is forbidden to pursue an aim of indoctrination that might be considered as not respecting parents’ religious and philosophical convictions. That is the limit that must not be exceeded (ibid.).”

– Protect the human rights of its members, staff and the persons to whom it provides services.

The NCCA need to step up here and abide by their obligations under this section of the Act. They are disregarding the human rights of the persons to whom they provide services. It is clear that they now need to human rights proof all the various subjects under the curriculum and not just Arabic. It is not good enough for them to sit back and do nothing about their obligation to protect human rights and to eliminate discrimination.