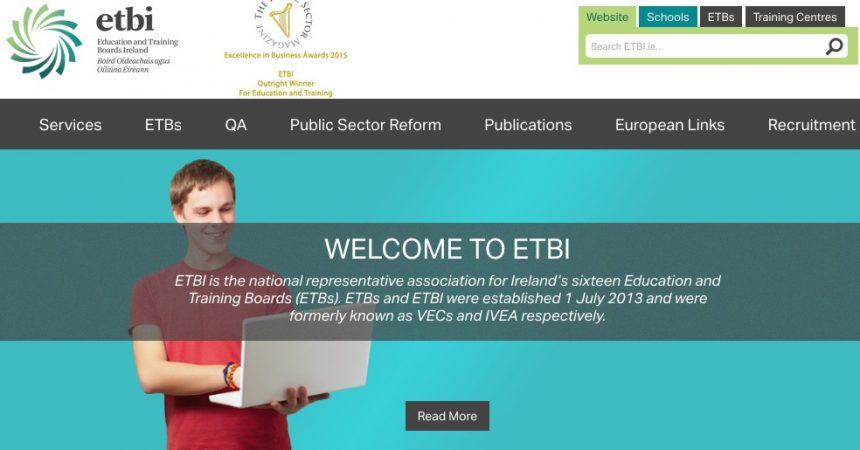 The General Secretary of Education & Training Boards Ireland has told Atheist Ireland that the issues we raised last week about the teaching of religion represent “an undoubted challenge for the ETB sector.” Meanwhile, the Principal of one ETB school has told a parent that she doesn’t run the school, and that she was making a problem when she objected to her child sitting in the religion class.

The ETB school permitted the opt out from religion, but said that its policy was that all students must sit in the class if opted out. No other subject was offered. This is what atheist and secular parents have to deal with in ETB schools and colleges, as they have no policy or Guidelines for the inclusion of children from atheist and secular families.

Last week we wrote to all CEOs and board members of the various ETBs around the country. This week we received correspondence from Michael Moriarty, the General Secretary of Education & Training Boards Ireland (ETBI). This letter vindicates our position that ETB schools and colleges are not inclusive of atheist and secular families. The ETBI stated that:

“You might also like to know that ETBI has been in discussion with the Department of Education and Skills on these matters. This is an undoubted challenge for the ETB sector but one we are confident of meeting to ensure that our schools reflect their multi-denominational status while evolving to meeting the needs of a growing secular society.”

According to the last census, the non-religious are now the second largest belief group in society after Roman Catholics. In 2016 the ETBs are just getting around to meet the needs of a growing secular society. ETBs at second level are supposed to be the alternative to denominational schools. They claim that they are inclusive of all religions and none and are granted patronage on that basis.

Parents are not informed that every ETB at second level is required to have religious instruction and worship, and that some of these schools have a religious ethos. ETB schools and colleges never inform parents that their children will have to sit at the back of the class if they opt them out of religion, and that no other subject will be offered.

There are representatives of the Catholic and Protestant churches on the Boards of Management of ETB Community Schools and Designated Community Colleges. Parents are not informed that their school or college is under shared patronage with a religious body, or that it is run under an  Agreement with the local Bishop. All this is just kept a secret from parents, who are just informed that these schools are inclusive.

Inclusion can mean anything you are having yourself.  There really is not much difference between schools with a Catholic ethos at second level and ETB schools and colleges. They both disrespect the philosophical convictions of atheist and secular families as well as religious minorities.

Protect your Constitutional and human rights

Atheist Ireland has continued to put pressure on the ETBs to put in place policy and guidelines regarding opting out of religion in their schools and colleges. ETBs are not inclusive. Many of them make religion compulsory and if you manage to opt your child out of religion classes they will be required to sit at the back of the class, no other subject is offered.  You can read about it here

As we continue to tackle this issue, you can contact your local Councillor to ask him or her to do something about putting in place policies and guidelines to ensure that ETBs are inclusive of atheist and secular families.