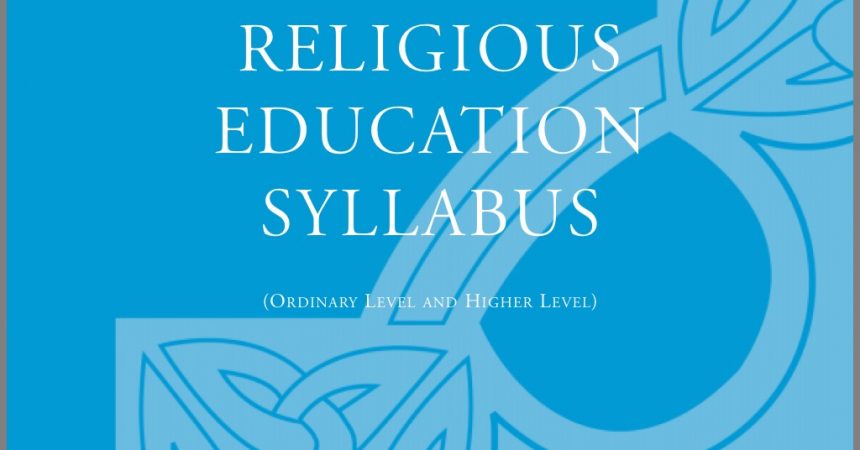 We live in a Country where the desire of some people for a religious education for their children takes precedence over the right of other parents not to have their children evangelised into religion while accessing education.

Non-religious families are discriminated against on religious grounds, and when most of these children access the education system they are evangelised into a religious way of life, with state support of course.

The State sees secularism as a threat, and blames the media for this.

It is the policy of the State to evangelise children from non-religious families into a religious way of life.  A look at one of the main aims of the second level Religious Education course at second level will tell you this. Many schools make this course compulsory, and tell parents that it is objective. This includes ETB schools and colleges.

Two of the Mains Aims of the Second Level Religious Education Course:

When did contributing to the moral education of children from secular families through religion become normal behaviour in a state that claims it promotes pluralism?

When did just ‘acknowledging’ the non-religous interpretation of life become respecting the rights of parents to ensure the education of their children is in conformity with their convictions?

The European Court has found that respecting parents convictions means more that ‘acknowledge’  or taking into account. In Ireland a State course ‘acknowledges’ the non-religious interpretation of life but still seeks to contribute to the moral and spiritual education of non-religious families through religious education.

Just look at it the other way around. If the state was contributing to the moral and spiritual education of children from religious families through atheist education then we would never hear the end of it.

In Ireland the State seeks to evangelise children into a religious way of life.  Our Politicians  have done absolutely nothing on a practical basis to protect our right to respect, despite the complaints from parents about their children being discriminated against and evangelised in state funded schools.

For years we have had a lot of talk but no action has taken place that would ensure that the right of parents to respect for their philosophical convictions is guaranteed and protected.

None of them has taken on board the fact that we have exactly the same rights as religious families, and that the desire for a certain type of religious education does not take precedence over our right to be free from religious discrimination and to have our philosophical convictions respected in the education system.

The European Court has found that secular parents have the same right to have their convictions respected in the education system:-

“the Court emphasises that the supporters of secularism are able to lay claim to views attaining the “level of cogency, seriousness, cohesion and importance” required for them to be considered “convictions” within the meaning of Articles 9 of the Convention and 2 of Protocol No. 1 (see Campbell and Cosans v. the United Kingdom, 25 February 1982, § 36, Series A no. 48). More precisely, their views must be regarded as “philosophical convictions”, within the meaning of the second sentence of Article 2 of Protocol No. 1, given that they are worthy of “respect ‘in a democratic society’”, are not incompatible with human dignity and do not conflict with the fundamental right of the child to education “

“(e) Respect for parents’ religious convictions and for children’s beliefs implies the right to believe in a religion or not to believe in any religion. The freedom to believe and the freedom not to believe (negative freedom) are both protected by Article 9 of the Convention (see, in relation to Article 11, Young, James and Webster v. the United Kingdom, 13 August 1981, §§ 52-57, Series A no. 44).

The State’s duty of neutrality and impartiality is incompatible with any kind of power on its part to assess the legitimacy of religious convictions or the ways of expressing those convictions. In the context of teaching, neutrality should guarantee pluralism (see Folgerø, cited above, § 84).”

Remember most schools make this course compulsory and the State claims that it is suitable for all religions and none. It is an exam subject at Junior and Leaving Certificate level.

The Profession Service Development for Teaches (PSDT) helps achieve the aim of evangelising minorities into a religious way of life with their in-service courses on the Religious Education course at second level.

DCU (a secular University) also helps this evangelising process, as they train teachers to promote the moral and spiritual development of all students through religious education.

The Mater Dei Institute, with its religious ethos, is now a college of DCU. They were very much involved in putting together the Religious Education course for second level.

All these bodies are publicly funded and  ‘organs of the state’. Not one of them has looked at their obligations under the Section 42 of the Irish Human Rights & Equality Commission Act. They don’t see their duty to protect the human rights of non-religious families in the education system, but will still claim to uphold human rights.

Under Section 42 Irish Human Rights & Equality Commission Act ‘Organs of the State’ are obliged in the performance of their functions to have regard to:-

(c) protect the human rights of its members, staff and the persons to whom it provides services.

The following is from the PDST, and is part of the Curriculum Resources Section for the State Religious Education Course. This is part of a State RE course that claims to be for all religions and none. It is part of Section D – The Question of Faith.

This course was put together by the National Council for Curriculum and Assessment. That is another story and you can read about that here

The Mater Dei Institute were responsible for developing Teacher Guidelines for the State Second Level Religious Education Course (see page 74 Report on RE) . Despite being a college of DCU they still have a religious purpose.

From the Curriculum Resource Section on the PDST  website

“Of course, the media encourages this secularist world view more and more.  Very few religious programmes are shown on T.V, and fewer still that involve young people.  Films, modern music and magazines tend to promote a view of the successful person as being beautiful, fashionable, busy, earning lots of money etc.  Pop idols, supermodels and film stars mostly seem to encourage this secular world view.  The media make money out of these successes.  Therefore we don’t get a balanced view of life or of religious values.  It’s almost like adolescents being brainwashed by the media into believing that what matters most in life is success, money, career, fashion etc.  Very few films, T.V programmes or pop songs expose us to mystery or God, and those that do are not given equal attention by the media, unless it is a derogatory way.  This can block the religious beliefs and practices of adolescents.”

“Teachers, chaplains, religious and priests can also be good role models for young people.  Sometimes if young people have a good experience of Religious Education in school their belief in God can be strengthened.  R.E. class can open their minds and hearts to the mystery of God and how faith can be lived.  In schools they can be exposed to meditation, liturgies, opening year masses, graduation ceremonies etc which involve them in a meaningful way.  This can provide a sense of union with one another and with God.  It can encourage them  to continue to pray, worship and to live by religious moral values in their daily lives.  Seeing adults such as religious sisters and clergy who have a vocation to follow Christ, and who offer their lives in service of God and one another, can be a living example of the love of God in the world and the importance of religious faith.  It reminds young people that religion has a valuable role to play in life.”

Atheist Ireland has been highlighting the  evangelising purpose of the State religious education course for some time. We get many complaints from parents who tell us that their children are forced to take this course in ETB schools and colleges as well as publicly funded schools with a Catholic or Protestant ethos. To date no one politician from any of the main Political parties has taken any interest in protecting the rights of secular families and their children to ensure respect for their philosophical convictions.