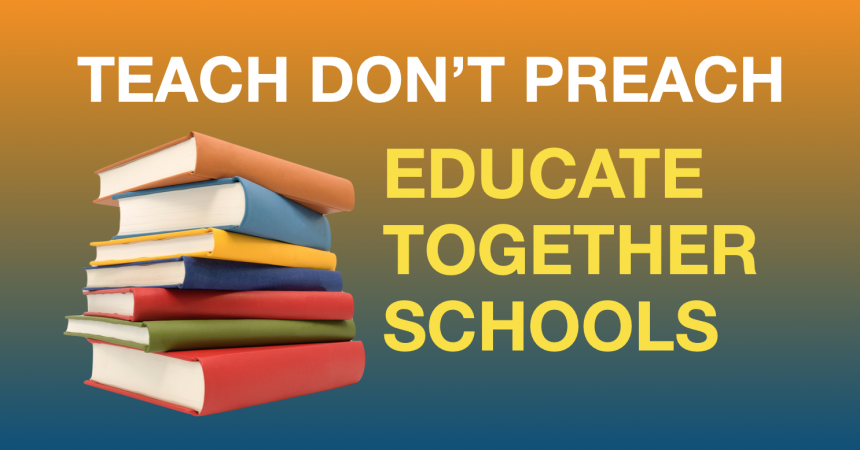 The Minister of State for Training and Skills, John Halligan, has responded to the Dail questions on School Transport submitted by Deputy Ruth Coppinger. He has reiterated the incredible claim that the terms of the School Transport Scheme are applied equitably on a national basis.

It is difficult to understand how Deputy John Halligan, and the Minister for Education & Skills Richard Bruton, can continue to claim that the Scheme is applied equitably when it is obvious that it is not.

In the very same Dail answer, they also admit that:

“In relation to school transport provision, ethos relates to religious ethos and is in the context of provision for minority religions.”

You will find the details of the School Transport scheme here

We have been seeking an explanation to this obvious discrimination, and all we are being told is that:

“The terms of the School Transport Scheme are applied equitably on a national basis.”

That answer is simply not acceptable. We invite the Minister Richard Bruton and Deputy John Halligan to come up with another explanation as to why it is necessary to continue with this discrimination.

The Review made a recommendation with regard to second level Protestant schools. It did not go into detail of why one category of parents is given privilege to send their children to a second level Protestant school. It just stated that such support is important, in the context of the overall constitutional and legal basis for the educations system, and the need to have regard to various religious denominations, and the provision of education through the medium of either Irish of English (page 5).

It has to be pointed out the the Minister is willing to give support to second level fee paying Protestant schools, and he is not willing to provide support for supervision or another subject for children from minority families who have no choice but to send their children to a publicly funded school with a Catholic ethos.

In these schools, children have a Constitutional right to opt out of religion, but there is no Constitutional right to funding for school transport to second level Protestant schools and especially fee paying ones. State funding seems to follow established religious privilege, and fails to support minorities who will never have an opportunity to send their children to a school attuned to their particular religious or philosophical convictions.

The Value for Money Report States that:

“Accordingly, the committee considers that eligibility should apply for a child to travel to a school, which is not their nearest school, in order, to access primary schooling entirely through the medium of Irish or English or to attend a school of a particular ethos. The committee further considers that the same eligibility should apply to post-primary transport to a centre other than to the nearest centre if this is to access schooling entirely through the medium of English or Irish, or to access schooling of protestant ethos.”

“The committee considers that, where a child wishes to attend a post-primary protestant feecharging school of choice which is their nearest protestant school, on the basis of the religion of the school support should be available. The committee considers that it is appropriate to give this support, which is in line with other state supports to children attending these schools. The committee recommends that the manner of identifying children who are eligible for such transport should be developed as part of the considerations already underway in the Department in relation to state support for children in these schools”.

Extra support is needed for Educate Together schools

It is clear from the Report of the Constitutional Review Group in 1995 that there is no impediment to giving extra support to Educate Together schools. Indeed, the comments of the Constitutional Review Group in 1995 would lead one to believe that it is Educate Together schools that should be privileged with extra support, not Protestant schools.

The Department of Education & Skills should also cease to put Educate Together in the same category of ETB schools and colleges, as this is not helping. It leads to the view that parents have a choice in where to send their children to school at second level, when they do not. It is either a second level denominational school, or a school under the patronage of the ETBs that are legally obliged to have religious instruction

It is either a second level denominational school, or a school under the patronage of the ETBs that are legally obliged to have religious instruction and  worship. They also have made the second level Religious Education course a core subject and it is compulsory in many schools. It is not taught in second level Educate Together schools as it is not up to human rights standards.

Parents are aware of the difference between ETBs and Educate Together schools. We get a lot of complaints from parents in relation to opting out of religion in ETB schools and colleges. Many of these schools and colleges operate on the same basis as denominational second level schools, and putting them in the same category is undermining the rights of parents to ensure that the education of their children is in conformity with their convictions.

Educate Together schools and conscience

The Department of Education should cease discriminating against parents that wish to send their children to an Educate Together schools on the basis of conscience.

This is the quote from the Constitutional Review Group Report 1995.

This part of Article 44.2.4° is also satisfactory by providing for a guarantee of equality in relation to the funding of denominational schools. It is important to stress that the object of this part of Article 44.2.4° is to ensure that there is no discrimination /on religious grounds/. The Review Group considers that this is a special subsection of the Constitution dealing with a particular issue and there is no need to extrapolate this principle any further.

Indeed, if non-denominational schools were brought within the rubric of this subsection, it might work to their disadvantage. At this stage of the development of the school infrastructure the vast majority of the schools under the management of religious denominations have already been built and the existing parish structure means that their running costs tends to be lower. On the other hand, the construction of new schools is nowadays very expensive (and the majority of non-denominational schools have only been built in the last decade or so) and as non-denominational schools tend not to benefit from the established structures enjoyed by their denominational counterparts, experience has shown that extra State funding may be necessary. In addition, if the principle of Article 44.2.4° was extended further it might have the effect of preventing the differing treatment of schools on grounds /other/ than religious grounds (by, for example, precluding additional financial support for schools in disadvantaged areas or for Gaelscoileanna).”

School transport is a significant operation managed by Bus Éireann on behalf of the Department.

Currently almost 116,000 children, including some 12,000 children with special educational needs, are being transported in over 4,000 vehicles on a daily basis to primary and post-primary schools throughout the country covering over 100 million kilometres annually.

The purpose of my Department’s School Transport Scheme is, having regard to available resources, to support the transport to and from school of children who reside remote from their nearest school.

Under the terms of my Department’s Post Primary School Transport Scheme, children are eligible for school transport where they reside not less than 4.8 kilometres from and are attending their nearest education centre as determined by the Department/Bus Éireann, having regard to ethos and language.

In relation to school transport provision, ethos relates to religious ethos and is in the context of provision for minority religions.

While it is the prerogative of parents to choose the school that they wish their children to attend, eligibility for school transport is determined by the distance that children reside from their nearest school.

The detailed information requested by the Deputy is not captured by Bus Éireann during the application process.

The terms of the School Transport Scheme are applied equitably on a national basis.

Religious discrimination in state schools is based on “historic traditions”, says Department of Education