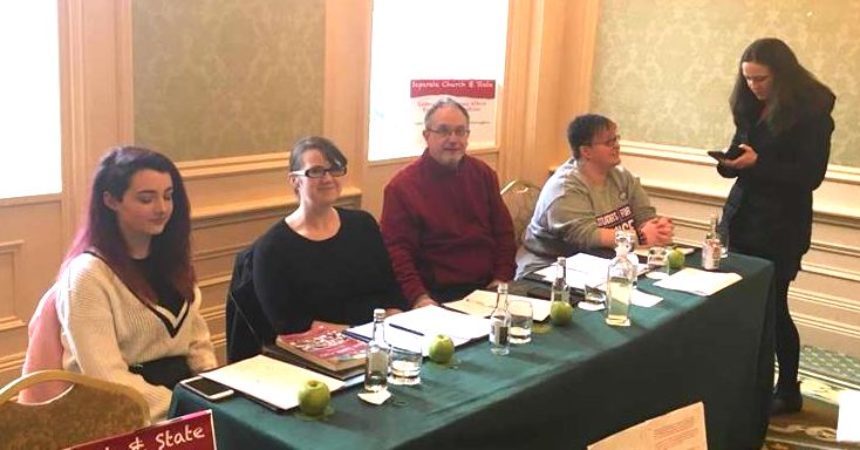 Solidarity TD Mick Barry launched the Objective Sex Education Bill at a Press Conference in Cork today.  This Bill is the first of its kind. If passed it will mean that all children can access objective sex education without religious influence.

The Bill will be debated in the Dail next Wednesday. Atheist Ireland is asking our members and supporters to contact your local TD between now and then, and ask them to support this Bill on a cross-party basis.

Atheist Ireland made the following Statement to today’s Press Conference:

It is the first time that any political party has had the courage to tackle this important issue. Access to objective sex education is a right that has been ignored by successive governments for far too long.

Atheist Ireland has been working on this issue for many years. In 2017 we made a Submission to the UN on sex education in Irish schools. Because of that Submission the UN Committee on Elimination of all forms of Discrimination against Women made a Recommendation to the Irish State with regard to objective education.

The Recommendation from the UN States that:

“(c) The narrow approach towards the provision of sexuality education, owing to the fact the content of the relationship and sexuality education curriculum is left to institutions to deliver according to their individual ethos and values and as a result it is often taught together with courses on biology and religion;

(c) Integrate compulsory and standardized age-appropriate education on sexual and reproductive health and rights into school curricula, including comprehensive sex education for adolescent girls and boys covering responsible sexual behaviours and focused on preventing early pregnancies, and ensure that sex education is scientifically objective and its delivery by schools is closely monitored and evaluated;”

Solidarity’s Objective Sex Education Bill is a reflection of the Recommendation from the UN as it gets to the heart of the issue. This Bill will ensure that no school can deliver sex education according to their particular ethos, and we intend to give it every support that we can.