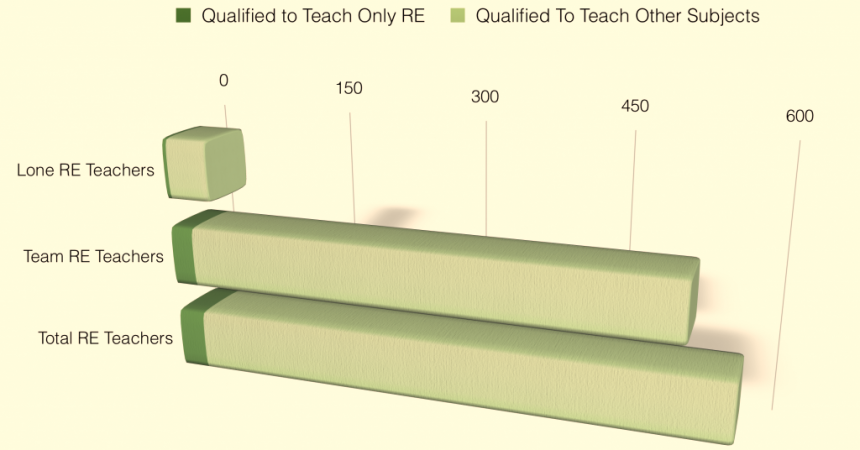 Atheist Ireland has obtained Freedom of Information documents, that show that the vast majority of ETB schools have the resources to offer alternative timetabled subjects for those opting out of religion, despiting claiming that they cannot do so.

In February of this year, Minister for Education and Skills Richard Bruton published a new Circular Letter, which directed ETB schools to offer alternative timetabled subjects for those opting out of religion. Unfortunately, the ETBs, backed by the TUI, refused to implement the new rules. Their stated reason related to the available resources.

For example, Donegal ETB described their objection as follows:

“Donegal ETB and Education and Training Boards Ireland (ETBI) have both written to the Department of Education and Skills seeking the necessary resources to implement the circular.  Also, at the Teachers’ Union of Ireland (TUI) National Congress last week a motion was passed unanimously advising the Department of Education and Skills that TUI members, including Principal Teacher members, will not comply with the Circular Letter until such time that sufficient resources are provided.”

But records that Atheist Ireland have obtained from the ETBs show clearly that the vast majority of Religion Teachers in ETBs can teach another subject. The TUI seems to have just dismissed the human rights of parents and children, while using resources as an excuse.

ETBs and TUI refused to implement the directive

The ETBs joined in with lobbying the Department of Education to ensure that the Circular Letter was reversed. They could have indicated that they would make best efforts to vindicate the human rights of their pupils by allowing other subjects to be selected in place of religion, with the caveat that some schools may not have the resources to facilitate this.

Instead, their policy has been that they will not even try to vindicate the human rights of parents and children. Instead, they will continue to make religion classes mandatory, in all of their fully State-funded schools that have no religious patron, even when instructed by the Minister not to do this.

Because of the objections of the TUI, the Catholic Bishops, Religion Teachers, the ETBI, and the NCCA, the Department of Education has reversed the Circular Letter which means that students that opt out of the NCCA Religion course are not offered another subject. The TUI,  a Union has campaigned and succeeded in ensuring that minorities continue to suffer discrimination in ETBs.

In this context, Atheist Ireland sought to understand what the resource issues here are. It is certainly a good rule of thumb that more options in a timetable require more resources. However, every year schools manage to trade off greater choice against their available resources in order to find a balance.

Sometimes teachers retire and their replacement can’t teach all of the same subjects. Sometimes the student body changes, in terms of its preferences for some subjects rather than others. Schools do this work in their timetable every year in order to find the right balance,

Atheist Ireland issued Freedom of information requests to all of the ETBs, in an effort to understand why it was necessary that no school would be allowed to even try to offer an alternative to religion.

FOIs show how many Religion Teachers qualified to teach another subject

All ETBs provided all of the details requested without charging a single cent, with one exception. Cork ETB has said that it will cost €1,000 for them to extract the information we requested from their records. Atheist Ireland sought a review of this charge by senior management within Cork ETB. We explained to them that all other ETBs provided all of the details requested without charge. This review upheld the original judgement. Cork ETB is not the largest ETB in the country but it seems that it is uniquely inefficient in how it is structured.

The raw data from the 14 FoI responses is available here and some key findings are as follows: 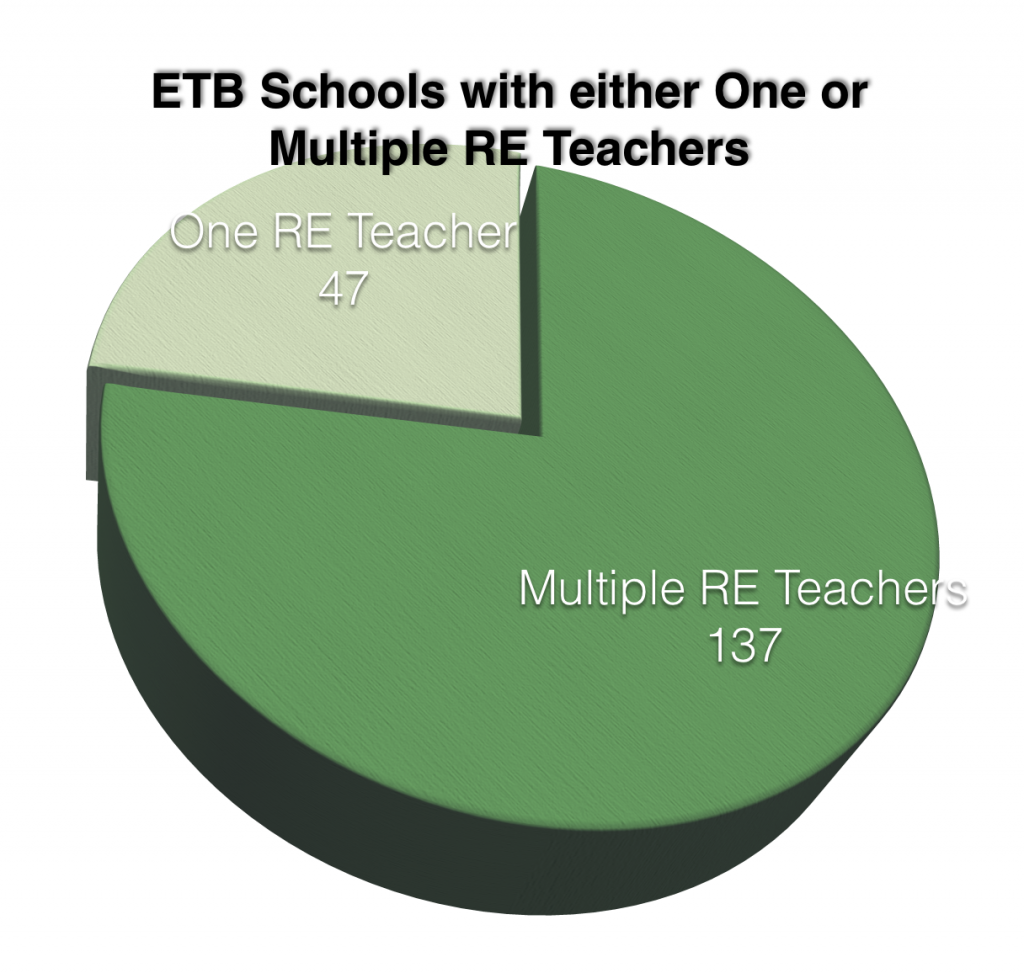 ETB Schools with either One or Multiple RE Teachers 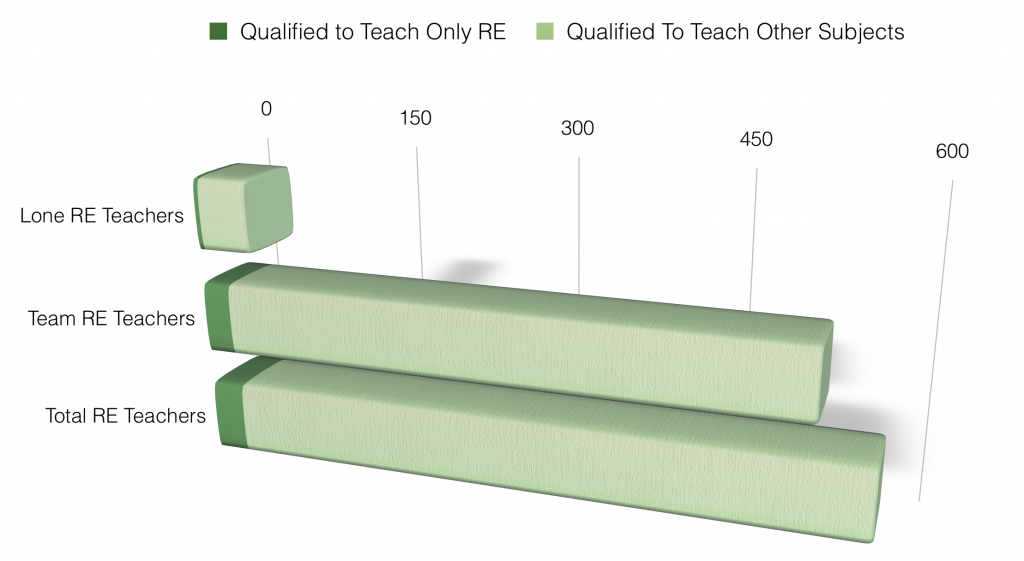 RE Teachers in ETB Schools Qualified to Deliver Other Subjects, Depending on Whether Their School has One or Many RE Teachers

If the ETBs were to change their current policy and make an effort to offer alternative subjects to those not wishing to study religion, here is a list of the other subjects that the current religion teachers employed in ETB schools are qualified to teach. 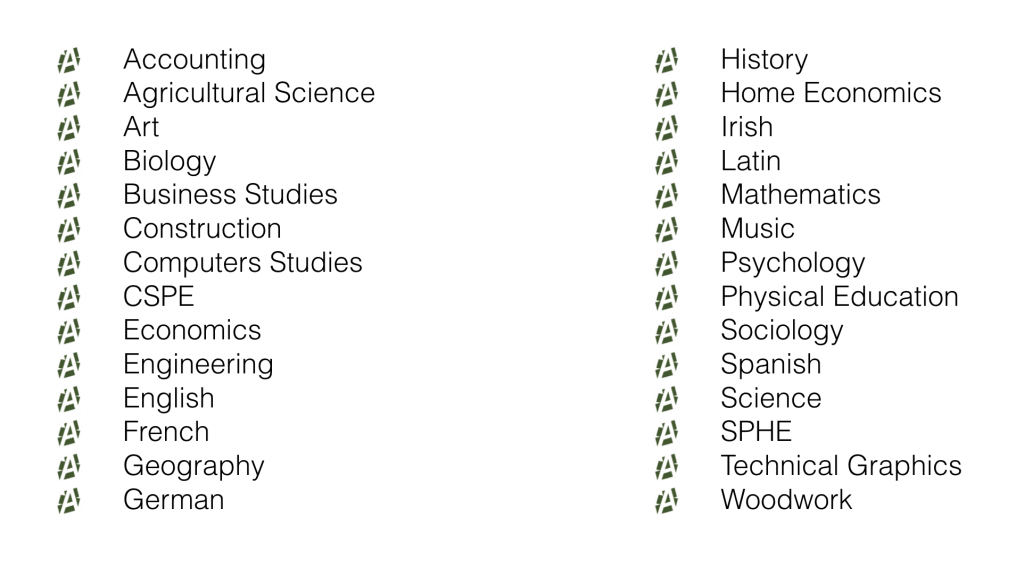 It is certainly understandable that for some schools, timetabling for other options instead of religion would be difficult. In fact for the 2 ETB schools that only employ one religion teacher, who is not qualified to teach any other subject, it may require more resources.

However, can we really look at the data above and conclude that it would be absolutely impossible for any ETB school in the country, to find enough flexibility to timetable an alternative subject to religion?

Is it really necessary that all children in all ETB schools must continue to be forced into religion classes, despite an instruction to the contrary from the Minister?

The ETBs, the TUI, the ETBI, Religion Teachers and the NCCA have weighed the human rights of children and parents against the opportunity to lobby for more resources.

This is an intolerable situation, and we hope that the new Minister for Education and Skills, Joe McHugh, will address it more resolutely than his predecessor.