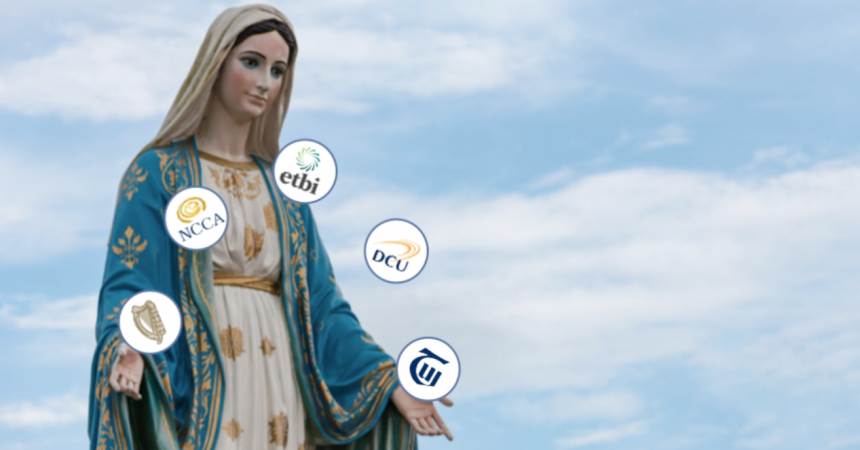 ETB schools (the alternative to denominational) claim that they don’t have enough resources to give an alternative subject to students who opt out of the optional NCCA religion course.

But they still have plenty of resources to pay Catholic Chaplains the equivalent of a teacher’s salary. In 2016 it was reported that there were 156 Chaplains paid €9.5 million of state funds.

When the NCCA religion course course was introduced in 2000, no ETB schools, nor the TUI, religion teachers or Patron bodies, complained that they did not have enough resources to implement this new course into their busy curriculum schedule.

But they now complain that they don’t have enough resources to offer an alternative subject to students that opt out of it.

So catholic parents can have Catholic religious instruction and worship in ETB schools. They can also have the State NCCA Religion course an exam subject at junior and senior level.

In addition, the State pays €9.5 million to help Catholic parents with the religious education of their children outside the formal religious instruction class.

This is State privilege for religion in action.

The ETBs have failed to follow the recent Circular Letter from the Department of Education which obliged them to ask parents what they wanted. The Circular Letter said that

The figures for how many schools asked parents what they wanted are not available yet. These same schools are now claiming that they don’t have Catholic religious instruction even though they never asked parents did they want it.

If parents didn’t want Catholic religious instruction and worship, then why are the school still paying for a Catholic Chaplain? That funding can go to pay for another course for students who opt out of the NCCA religion course which was always meant to be optional.

The Supreme Court Campaign case of 1998

In the 1998 Supreme Court case taken by the then Campaign to Separate Church and State, Justice Barrington stated that:

“Nevertheless parents have the same right to have religious education provided in the schools which their children attend. They are not obliged to settle merely for religious “instruction”. The role of the Chaplain is to help provide this extra dimension to the religious education of children”

“Chaplains are available to all Community schools of whatever denomination on an equal basis in accordance with their needs. Secondly while it is obviously right and proper that a Chaplain should counsel and advise any child who may consult him about his problems it would be constitutionally impermissible for a Chaplain to instruct a child in a religion other than its own without the knowledge and consent of its parents.”

There are no resources for students from non-religious families, or religious minorities, who exercise their Constitutional right to not attend religious teaching.

But there are resources for students from religious families and in particular Catholic families who want Catholic religion classes as well as the NCCA religion course. They also have available to them Catholic worship in schools and the state pays for a Catholic Chaplain to assist with the formation of their children outside the religious instruction class.

That is religious privilege and discrimination. ETB schools treat minorities as second class citizens and breach our Constitutional and Human Rights.

That’s how it works here – Religious discrimination in ETB schools