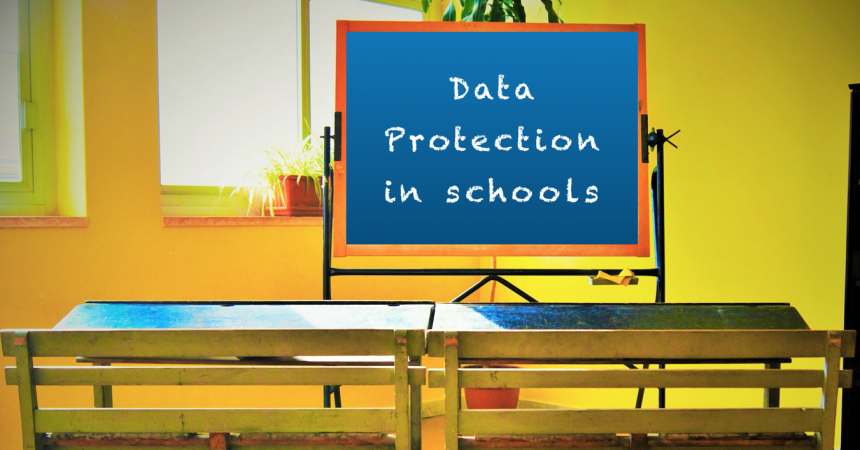 Why we need stronger Data Protection in schools regarding religion

One of the questions that Atheist Ireland is asking the political parties during this election is:

“Will you support the right of parents and students, under the data protection law, to not have to reveal their religious or philosophical convictions, directly or indirectly, when exercising their right to not attend religious teaching or worship in publicly-funded schools?”

This is a submission from Atheist Ireland to Round One of the Public Consultation on the Regulatory Strategy of the Data Protection Commissioner.

The vast majority of schools in Ireland keep on record the religion or beliefs of parents and children. Teachers share this information with other teachers,  Chaplains and Priests without the permission of parents. Families are forced to reveal sensitive information about their convictions in order to negotiate the opt out from religion. Teachers control the opt out by deciding what is suitable reading material for students that opt out. Teachers identify and have on record sensitive information about the beliefs of students and their families despite the fact that there is no Constitutional requirement for families to reveal their beliefs in order to opt out.

Teachers identify students by the religion or beliefs of their family during religious ceremonies or celebrations in the school.  Students are forced into a position where the other members of the school community become aware of sensitive information about their private life when they never wanted to reveal this information and where there is no legal requirement to do so.

The NCCA Religious Education course at second level and the Goodness Me Goodness You course in Community National Schools requires students to reveal the convictions of their families to the teacher in order to take the courses. Teachers have on record sensitive information and parents are not informed or asked for consent before their children take the courses. Many schools make these courses compulsory which puts parents and students in a position that they are forced to reveal sensitive information about aspects of their private life without the school asking for consent. Students not only are forced to reveal sensitive information to teachers but also to other students in the class.

This submission focuses on three of the outcomes in your consultation process, with regard to protecting the rights of parents and students to not have to reveal their religious beliefs or nonreligious philosophical convictions while accessing and taking part in the education system.

Outcome 3 is that organisations operate and innovate in an accountable, compliant, ethical and fair way in their processing of personal data. In particular, one of your activities within this outcome is pursuing investigations into potential infringements that you identify could have a relatively significant effect on a large number of people.

Outcome 4 is that as many people as possible understand and have control over how their personal data is used. In particular, you say about this outcome that you want to improve the protections for the millions of people who have not contacted you but whose rights may have been infringed by different organisations on a large scale.

Outcome 5 is that children are specifically protected. In particular, regarding Consultation Question 9, we think the most important activities within this outcome are:

Application to the Education System

We believe that you can effectively and efficiently pursue these three Outcomes with regard to protecting the rights of parents and students to not have to reveal their religious beliefs or nonreligious philosophical convictions while accessing and taking part in the education system.

Data Protection has not been looked at in detail in the education system in relation to religion. It affects every child in the country including their parents or guardians. Putting the education system and religion as a priority in your strategy will introduce Data Protection to children as an important part of their life in a pluralist democracy.

At present information about the religion or beliefs of Parents and their children can legally be collected and used in relation to access to the school (Section 7-3-c Equal Status Act).

In addition schools routinely ask parents and students about their religious or non-religious belief systems when parents are seeking to exercise their Constitutional Rights to opt out of religion classes. Parents are also put in a position whereby they feel obliged to reveal their convictions as they are asked to attend meetings with the school in order to negotiate the opt out from religion. This means that schools and teachers have sought and have on record the religious or philosophical convictions of the family.

Catholic Church Guidelines on the opt out outline different arrangements for those with a religious belief and those with no religious belief. The Guidelines also say that teachers must supervise the opt out to ensure that the reading material of students is suitable. This puts teachers in a position where they have sensitive data about the religion or belief of each student who is opted out. There is no legal requirement for any school to know the religion or belief of any student when they exercise their Constitutional rights to opt out.

During prayer times in schools with a religious ethos, the Catholic Guidelines say that students of different faiths are encouraged to show reverence during the prayer. Students who hold no religious interpretation of life are invited to show respect for the prayer experience. This practice can only mean that children are identified by the rest of the class as having a different faith or having no religious faith. The data that the teacher has got from parents about their beliefs is shared with the rest of the class. This also applies to assemblies and religious ceremonies in the school. Teachers who supervise at these events need to be aware of the children that are expected to pray and take part in the ceremony and those that opt out. More sharing of sensitive Data without regulation when parents and students never wanted it shared in the first place.

In recent research we discovered that these Chaplains have also have sensitive Data on the beliefs of the students in the school. That Data extends to whether the family are practicing their religion or not. The research also shows that sensitive Data about parents and children’s beliefs are known within schools. It is difficult to understand how they even got this information in the first place. You can read that here: https://onlinelibrary.wiley.com/doi/10.1002/berj.3490

The State also has curriculum religion courses. At second level there is the NCCA Religious Education course and at primary level in Community National Schools there is the NCCA developed Goodness Me Goodness You course. Children are expected to share and discuss their beliefs when taking these courses. The GMGY course states that teachers become aware of the beliefs represented in the class through the facilitation of inter-belief dialogue.

In Ireland schools have no understanding of Data Protection in relation to the sensitive issue of religion. There is also a link between Data Protection and human rights. In a case in 2019 the European Court said about the opt out in Greek schools:

“87. The court considers that the current system of exemption of children from the religious education course is capable of placing an undue burden on parents with risk of exposure of sensitive aspects of their private life and that the potential for conflict is likely to deter them from making such a request, especially if they live in a small and religiously compact society, as is the case with the islands of Sifnos and Milos, where the risk of stigmatisation is much higher than in big cities.

The applicant parents asserted that they were actually deterred from making such a request not only for fear of revealing that they were not Orthodox Christians in an environment in which the great majority of the population own allegiance to one particular religions (see Grzelak v Poland, no 7710/02, & 95, 15 June 2010, but also because, as they pointed out, there was no other course offered to exempted students and they were made to lose school hours just for their declared beliefs.”
(Case of Papageorgiou and Others v Greece – 31-10-2019)

This is a submission from Atheist Ireland to Round One of the Public Consultation on the DPC’s Regulatory Strategy. We intend to make a more detailed submission to Round Two, when you analyse how to deliver the outcomes prioritised in Round One.

Which parties have the most secular policies? Ten answers from the political parties

Protecting the rights of atheist, secular and minority faith teachers in Irish schools