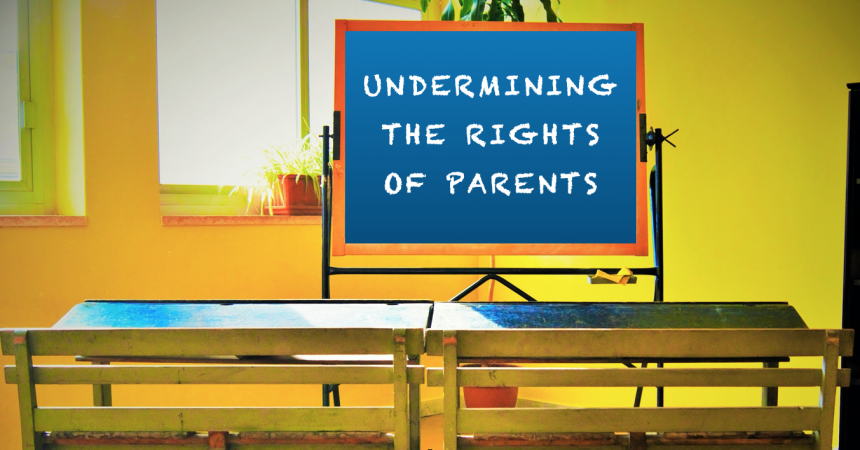 Catholic education undermines the Constitutional rights of parents to respect for their philosophical convictions. The vast majority of schools in Ireland have a Catholic ethos. This includes ETB schools.

The Irish Constitution (Article 42.1) recognises the inalienable right of parents to respect for their convictions. Regardless of this right, minority parents are obliged to send their children to schools that integrate religion into the state curriculum and through the daily life of the school.

The Supreme Court recognised that the purpose of a religious ethos is to influence children. That influence can take place within curriculum subjects or through the daily life of the school. Minorities have no choice but to send their children to schools with a religious ethos, including ETB schools.

It is difficult to understand how Irish schools can claim to promote pluralism while they are influencing minorities into Catholicism or into religion in general. When the Forum on Patronage and Pluralism recommended a course in all primary schools about Religions, Beliefs and Ethics, and delivered objectively, the Catholic Church stated that:

“These approaches require teachers to adopt and promote a pluralist approach to religion. This is an approach to religion that goes against the philosophical basis of Catholic religious education. Such a contradiction would place teachers in a very difficult position where conflicting philosophical approaches to religious education would have the potential to create significant confusion.”

Yet despite influencing children from minority backgrounds, schools still claim that they are inclusive and welcoming. They seem to believe that including minorities in the religion of the majority is being inclusive.

The European Court has said that not respecting parents’ convictions is pursuing an aim of indoctrination. How can you respect parents’ convictions while at the same time influencing their children into a way of life that they object to on the grounds of conscience? If there were schools with an ethos based on atheism, and the purpose was to influence children into atheism, then it would be seen as indoctrination.

The answer to this dilemma would seem to lie in the ability of parents to remove their children from religious teaching in schools, whether that teaching is integrated into the curriculum or the daily life of the school. In theory, the right is there in the Constitution, in Article 42.1 and Article 44.2.4. However, that right is given no practical application on the ground and has been undermined for years.

Minorities keep hearing about the rights of Catholic parents in the Constitution. However, when minorities claim these rights for themselves, they evaporate into the teachings of the dominant religion. Atheist Ireland will continue to challenge these infringements on the Constitutional rights of parents who are atheists, humanists, or members of minority faiths. They cannot last for ever in an increasingly secular society.

The WRC report on the 'Homework passes for Masses' discrimination case

Department of Education is undermining a foundational pillar of the Constitution