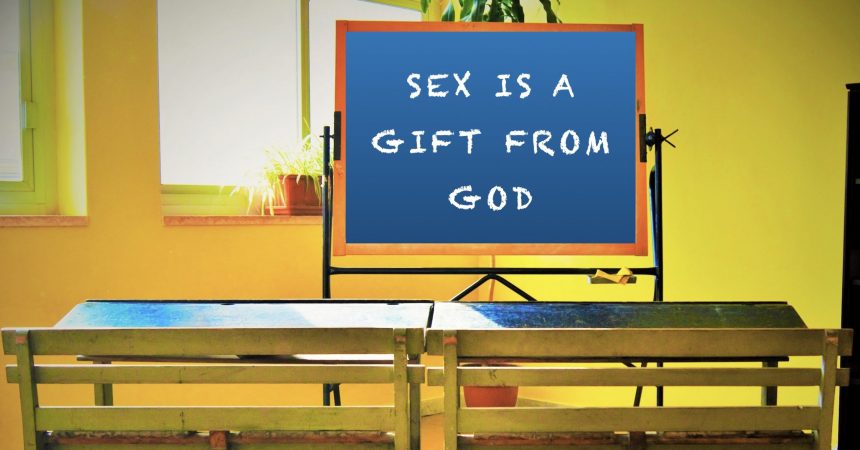 As the NCCA is updating the syllabus for Social, Personal, and Health Education (SPHE), the Catholic Bishops are circling the croziers by introducing a new course called ‘Flourish’ in publicly funded national schools.

Flourish is officially Relationship and Sex Education, and in practice is Catholic Sex and Morality Education. It is to be taught, along with syllabus SPHE, in the vast majority of schools in Ireland where the local Catholic Bishop is Patron.

What does the course include?

The Catholic Bishops state in the course’s vision that:

“In delivering such a programme the Catholic school aims to provide a framework based on the teachings of Jesus Christ and reflecting the dignity of each person created in the image and likeness of God.”

“The SPHE curriculum for primary schools determines what children will learn in terms of RSE as part of a spiral curriculum. The Catholic school must consider these topics within a moral framework that reflects the teachings of the Church.”

The introduction to ‘Flourish’ says that when discussing LGBT issues:

“The Church’s teaching in relation to marriage between a man and a woman cannot be omitted.”

The strands and themes include:

For Junior classes, under Safety and Protection: “God will help us as we try to keep ourselves safe.”

One lesson on Keeping Safe includes the following:

“Together we will say the ‘Angel of God’ prayer: Angel sent by God to guide me, Be my light and walk beside me, Be my guardian and protect me, On the path of life direct me. Amen.”

Saying prayers together is not education. It is the practice of religion.

Nonreligious families must send their children to these schools

The Vision section of the course also states that:

“In Share the Good News: National Directory for Catechesis in Ireland, inculturation is seen as a very important principle for Catholic Religious Education. We live in a culturally transformed Ireland which is reflected in the modern classroom, made up of children from a diverse range of countries and religious beliefs. The assumptions of yesteryear in terms of faith formation within the family no longer stand. In many cases, the classroom will be the first, and possible only, place that the child considers their actions in terms of the teachings of the gospels.”

For context, ‘inculturation’ in Catholic theology is a process of engagement between the Christian Gospel and a particular culture. Pope John Paul II’s New Evangelisation strategy applied this to cultures that were traditionally Catholic but are now becoming more secular.

It is clear from this that the Bishops are aware that minorities both religious and nonreligious have no option but to sent their children to publicly funded national schools under the patronage of the Catholic church.  They see this as an opportunity to indoctrinate children from minority backgrounds.

Why on earth would non religious parents want their children taught moral and social values based on the supposed teachings of a god? There is no balancing of rights here, but the tightening of control to ensure that the Catholic Church can continue to evangelise and indoctrinate.

For context, there are no non-denominational schools in Ireland. The Catholic Bishops have control over the vast majority of schools at primary school.

Constitutional Right to a Social and Moral education

The Oireachtas Education Committee has recommended that Social, Personal and health education be delivered objectively but that has not happened and there are no plans in place to amend Section 15-2(b) of the Education Act 1998.

The Court of appeal in the recent Burke v Minister for Education case said that:-

“This Court considers that the case law demonstrates that the relationship between parents, the State and the child as envisaged by Article 40, 41, and 42, is a trifecta not just of the participants but of the rules under which constitutional engagement on education must take place; namely right, duties and powers. It is only through understanding the interwoven nature of those relationships, that clarity can be brought to the complex constitutional provisions on education. It appears to us that the right of the child to education does not stop at the point where “a certain minimum education” has been imparted but is interwoven with the parents’ right to choose how to provide for secondary education and also the State’s power to make provision for such education.”

The Catholic Bishops were not mentioned by the Court of Appeal in relation to Constitutional engagement on education. Yet they still have the power to deny children from minority backgrounds their Constitutional right to a moral and social education (Article 42.3.2)

When children cannot access their Constitutional rights because of Catholic Bishops then what we need is the separation of Church and State in our education system. The Oireachtas Committee has recommended change but that is not happening on the ground. The Catholic Bishops are circling the croziers to ensure that they hang on to their privilege at the expense of the Constitutional rights of minorities.

Section 37 of our Employment Equality legislation is still in place, this means that teachers are legally obliged to uphold the ethos of the Patron.

Section 15-2(b) of the Education Act 1998 is also still in place. This obliges Boards of Management to uphold the ethos of the Patron. The Sex Education Bill that would amend Section 15-2(b) is buried somewhere in the Oireachtas.

The Oireachtas Education Committee on Education recommended that sex education be delivered in schools in an objective manner. You can hear the Department of Education explaining to TDs what ethos means in relation to sex education below.

What happened to our Republic? It seems that the Bishops decide on Constitutional rights not our elected representatives or the courts. We need separation of Church and State and Atheist Ireland will continue to campaign for this.

Why does the state not understand the Constitutional right of parents to freedom of conscience?

Department must protect rights of children from secular families in schools