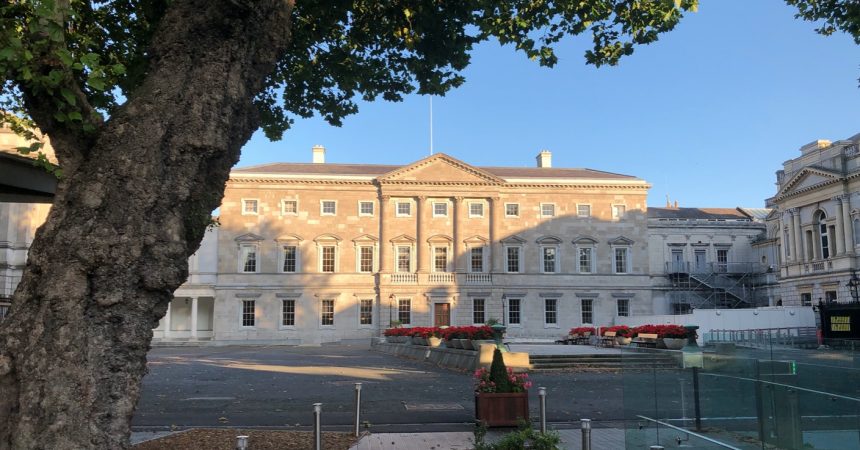 Since last year Atheist Ireland has been raising the issue of the misuse of public funds in Irish schools that do not respect the constitutional condition of state funding that children have a right to not attend religious instruction.

Following the Minister for Education’s recent misleading Dail reply about this, we have written again to the Comptroller and Auditor General and the Public Accounts Committee as follows:

This is a further follow-up to our complaint from December 2021 about the misuse of public funds in Irish schools, and to our follow-up information from February 2022 about the Burke case at the Supreme Court and May 2022 about our meeting with the Department of Education and NCCA.

On 25 May the Minister for Education Norma Foley gave a written reply in the Dail to Richard Bruton TD about this issue as follows:

The Dail Question and Answer on 25 May

“To ask the Minister for Education and Skills if her Department has undertaken a review of the manner in which schools with religious patrons have delivered on the obligations to children for whom it has been indicated that they do not wish to participate in religious arrangements; and if she is considering issuing guidelines on the matter.”

Response from the Minister for Education Norma Foley

“Under Article 44 of the Constitution and in accordance with Section 30 of the Education Act, 1998, parents have a right to have their children opt out of religious instruction classes if they so wish. It is expected that this right will be upheld by schools on foot of a parental request.

Under the provisions of the Education (Admission to Schools) Act 2018, where schools provide religious instruction, they must clearly set out in their admission policies the school’s arrangements for students, where the parent or in the case of a student who has reached the age of 18 years, the student, has requested that the student attend the school without attending religious instruction in the school.

The manner in which any school ensures that the right to opt out of religion classes is upheld is a matter for the school concerned. Each individual school must determine the particular arrangements which are most appropriate in its individual circumstances having regard to local issues such as available space, supervision requirements and how the school concerned organises classes etc.

The right of parents to have their child opt out of religion classes applies in all schools regardless of the denomination or ethos of the school concerned.”

Article 44.2.4 of the Constitution

When protecting the Constitutional right of children to not attend religious instruction in schools receiving public money, it is necessary to use the language in the Constitution. In particular, the right to “not attend” must not be conflated with “not participating” or “opting out”, which are used in this Dail question and reply. These ambiguous phrases have no basis in the constitution or in law, and in practice they allow schools to make children sit at the back of the religion class.

Administrative schemes must abide by the Constitution

The Minister also states that the manner in which any school ensures that the right to ‘opt out’ of religion classes is upheld is a matter for the school concerned. This is contrary to the recent Supreme Court judgment in the Burke case, which states of administrative schemes that:

“Any such a scheme must abide by the Constitution. That is the over- arching jurisdiction under which every organ of the State must act…”

“It is of the essence of good administration that the principle must be fairly clear and precise so that, in any given situation, the result should be the same, whether it is administrator A or administrator B who has taken the decision.”

It is the duty of the State to ensure that students can exercise their constitutional right to not attend religious instruction. The Department cannot leave each individual school to decide how a constitutional right should be implemented on the ground, especially when the right to ‘not attend’ is a condition of the funding of the school.

In the Burke case at the Court of Appeal the court said that:

“166. Crowley v. Ireland accords with the view articulated by Walsh J. in G v. An Bord Uchtála, that where a duty is imposed a corresponding right exists.”

The reverse of this is also true. Where a right exists a corresponding duty is imposed. And in Article 44.2.4 the duty is explicit in the phrase

In this case, parents have a constitutional right for their children to attend a school receiving public money without attending religious instruction at that school, and the State through the Minister for Education has a corresponding duty to ensure that this right is vindicated. She cannot absolve herself of this constitutional duty and delegate that to individual schools.

The Judgment in the Burke case stated:

“Administrative schemes are similar as to the level of detail. These are established either in consequence of legislation or through a decision of the Government, and address entitlements; who is within a scheme and on what conditions and subject to particularised qualifications. Both legislation and administrative schemes must, by nature, contain sufficient detail in the way of technicality and logistics as to define application and entitlement.”

Article 42.1 of the Constitution

“The State acknowledges that the primary and natural educator of the child is the Family and guarantees to respect the inalienable right and duty of parents to provide, according to their means, for the religious and moral, intellectual, physical and social education of their children.”

“The Minister… shall not require any student to attend instruction in any subject which is contrary to the conscience of the parent of the student or in the case of a student who has reached the age of 18 years, the student.”

Section 62.7.n of the Education (Admissions to School) Act

The Supreme Court has already found that Article 42 must be read in the context of Article 44.2.4 (Campaign Case – Supreme Court 1998). However, the right to not attend other subjects is a policy decision of the State, as passed by the Oireachtas, because it is not explicitly written into Article 42.1. By contrast, the right not attend religious instruction is an explicit constitutional right, which is a stronger foundation than the right to not attend other subjects.

The framers of our Constitution could have left dealing with the right of parents in relation to the religious education of their children as an implicit right in Article 42.1, but they did not. Instead they put it explicitly in Article 44.2.4 and made it a condition of state funding of schools that students have a right to not attend religious instruction. Making it a constitutional condition of state funding brings the issue under your remit.

Section 62.7.n of the Education (Admissions to School) Act 2018 shows that the State understands the distinction between the right to not attend religious instruction (Under Article 44.2.4) and the right to not attend other subjects that are contrary to conscience (under Article 42.1 and Section 30.2.e of the Education Act). If both rights had the same strength, they would both have been referred to in Section 62.7.n of the Admissions to School Bill, but they were not.

The Minister has a positive duty to vindicate the right

In the Burke case at the Court of Appeal the Minister had tried to argue that her only duty under Article 42 was not to destroy the right to home school. The Court found against such an analysis. The Minister simply cannot argue that she has no positive duty under Article 44.2.4 with regard to not attending religious instruction. The Minister cannot absolve herself of a constitutional duty and condition of state funding and delegate that to individual schools.

If as the Minister claims it is up to each school how they administer the Constitution right to ‘not attend’ religious instruction then that would not be a very onerous Constitutional duty, especially given that it is a condition of the state funding of schools. The Minister has rendered a Constitutional right and her duty in relation to it meaningless as she has given it no practical application on the ground. That is a misuse of public funds.