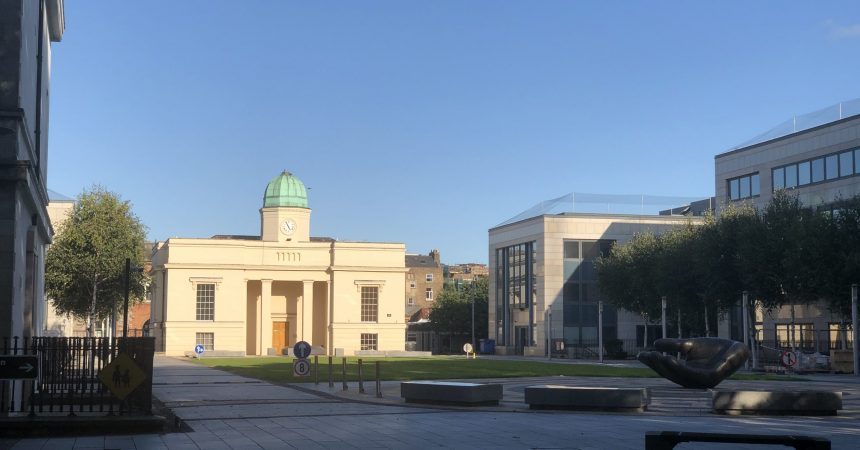 As always the ETBs are not clear or transparent about their schools, specially in relation to religion. This is despite the fact that they have a legal obligation under Section 6 (l) and (m) of the Education Act 1998 to enhance accountability in the education system and to enhance transparency in the making of decisions.

The registered status of ETB Colleges 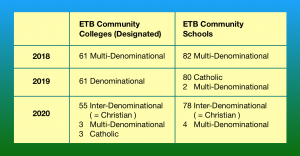 It seems that the ever changing status of the ETBs is ongoing.

The role of Catholic Chaplains

The new ETB Framework document states that:- schools underpinned by the core values of:

The Contract for Catholic Chaplains states that:

Faith teaching and practice are intrinsic to school chaplaincy. Accordingly, the Chaplain is a person of faith, a Priest, Religious or a lay person of the relevant faith, committed to the teaching and values of Christ, acting on behalf of the Church and the school community while upholding the teaching and moral standards and practices of the Competent Religious Authority, together with the characteristic spirit and founding intention of the schoolThe Supreme Court also found that it was constitutionally impermissible for a chaplain to instruct a child in a religion other than it’s own without the consent of their parents.

In addition the Supreme Court recognised that if minorities choose to send their children to these schools, they can expect their children to be influenced by the religious ethos in the general atmosphere of the school. This is not respect or equality and especially when these schools are being promoted as the alternative to denominational schools.

How can the ETBs claim that these colleges are multi denominational, and one of their core values is equality, when they only hire Catholic Chaplains? The relevant religious authority is the Catholic Church. For the ETBs, the category of multi-denominational means that they can continue to discriminate against other religions and beliefs. Of course the document that the ETBs published is not transparent about this issue. It is what we have come to expect from ETBs.