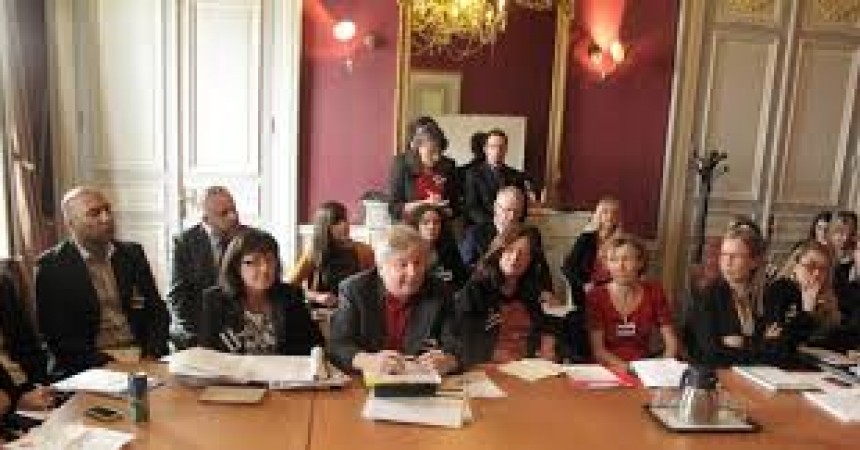 Michael Nugent and Jane Donnelly, representing Atheist Ireland, briefed the UN Human Rights Committee this week in Geneva about religious discrimination in Ireland, particularly in the education system. The issues we raised in our briefing were directly reflected in many of the UN’s questions to the Irish State delegation, led by Justice Minister Frances Fitzgerald.

Atheist Ireland raised secular issues alongside independent academic Alison Mawhinney, and other Irish advocacy groups also briefed the UN on their areas of concern. Atheist Alliance International officer M. Quavami Tehrani also participated, to compile information to help other atheist groups to plan for such UN interventions with regard to their own countries.

Most fundamentally, the UN Human Rights Committee told Ireland that human rights cannot be denied by a majority vote in Parliament, and that the whole point of international human rights law is to avoid the tyranny of the majority.

For example, Ireland denies pregnant women their abortion rights under the International Covenant on Civil and Political Rights. Ireland told the UN that the reason was because they are expressing the will of the people. The UN said that this reason is totally unacceptable, and told Ireland to withdraw it as a reason, which Ireland did.

The UN also asked why has the Irish Government not responded to the UN on its commitment to remove the Irish blasphemy law?

As Atheist Ireland had told the UN, this ‘local demand’ argument means that fundamental human rights are available to some citizens, but not to others, depending on the views of their neighbours.

The UN also asked, with regard to denominational schools, does the State believe it is required to ensure a neutral teaching environment outside of the religious instruction classes that children can be opted out of?

Specifically, the UN asked will the State remove Rule 68 of National Schools, which enforces an integrated religious curriculum?

Discrimination in the Education Act

The UN previously asked the State to provide information on steps being taken to ensure that the right of children of minority religions or non-faith are recognised in the Education Act 1998.

The UN now asked how does the State explain the compatibility with Covenant obligations of private schools with near monopoly of providing a vital public service being allowed to openly discriminate against children on the basis of their parents religious convictions?

With regard to the new Admissions to Schools Bill, the UN asked are non-faith families still discriminated against in admission to schools under this Bill?

The Government is proposing a new Bill on Section 37 of the Employment Equality Act, which allows religious schools to discriminate against teachers on the ground of religion.

The UN asked how does this Bill protect atheist teachers, as distinct from LGBT teachers?

This is the first time that this issue has been raised by the UN, and it was raised on the basis of the concerns expressed by Atheist Ireland in our briefing.

Written responses by Ireland due tomorrow

Ireland has until Thursday to provide written responses to the UN’s questions. The UN will then prepare a report making recommendations for Ireland to implement.