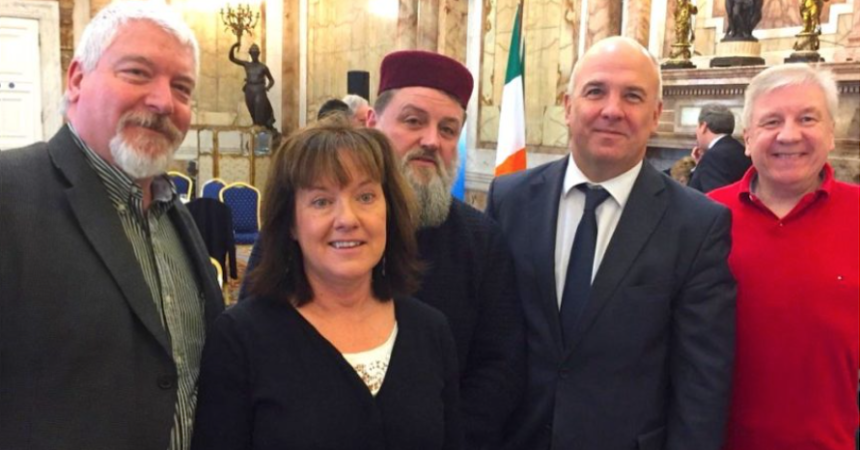 At 2:30 pm today the secular schools alliance of Atheist Ireland, Evangelical Alliance Ireland and the Ahmadiyya Muslim Community of Ireland will address the Oireachtas Joint Committee on Education about the Admission to Schools Bill.

Jane Donnelly, who will speak on behalf of the three groups, previously addressed the Oireachtas Education Committee in 2013 on behalf of Atheist Ireland. After that meeting, the Committee concluded that “multiple patronage and ethos as a basis for policy can lead to segregation and inequality.”

Today the three groups will ask the committee to reinforce that conclusion, and to respect the guaranteed rights of all parents to equal access to a local school, and far more importantly, to have the State Curriculum delivered in an objective, critical and pluralistic manner.

As well as seeking a secular school system that respects everybody’s rights equally, the three groups also support the immediate Recommendations of the Irish Human Rights & Equality Commission on this Bill.

This is Jane Donnelly’s opening statement to the Committee today:

“This is the first time an Oireachtas Committee has been jointly addressed on behalf of Atheists, Evangelicals and Ahmadiyya Muslims. We are the only group talking to you today who represent belief groups protected under the right to freedom of religion or belief, who are discriminated against.

This is a human rights issue, not one of balancing different parental choices. It is a scandal that it has not been resolved, despite ten different UN and Council of Europe human rights conclusions that you are breaching our human rights.

You also have a legal duty under Article 42 of the Constitution to respect equally the rights of all parents, not just those of selected religions.

After I last addressed this Committee, you have already identified the problem.

You concluded in 2014 that ‘Multiple patronage and ethos as a basis for policy can lead to segregation and inequality,’ and that ‘the objectives of admission policy should be equality and integration.’

If follows from your own conclusion that the patronage system itself needs to be replaced, not made even more segregated by even more private patrons. Please reinforce that important conclusion, and do not retreat from it.

The Government is ignoring your conclusion, citing an unpublished, and scandalous, legal opinion that it is Constitutionally obliged to buttress religious discrimination.

The State is not balancing competing rights. It is simply ignoring our guaranteed rights to equal access to a local school, and far more importantly, to have the State Curriculum delivered in an objective, critical and pluralistic manner.

Instead the State cedes control of publicly funded schools to private Patrons, most of whom integrate a Catholic ethos throughout the State Curriculum. Children cannot opt out of this religious ethos.

As the Council of Europe Commissioner for Human Rights said last month, these private Patrons hold the State hostage.

This breaches the State’s positive duty to respect the human right of all parents to ensure that the teaching of their children is in conformity with their convictions. This is an absolute right, not to be balanced against the rights of others, and not to be gradually achieved.

We continue to seek a secular school system. We also support the immediate Recommendations of the Irish Human Rights & Equality Commission on this Bill.”