The Catholic Bishops wrote to Education and Training Boards Ireland (ETBI) in February 2017 stating that the Goodness Me Goodness You course (GMGY) in Community National Schools did not constitute a viable programme for faith nurturing and sacramental education.

This was after the Senior part of the GMGY course was developed by the National Council for Curriculum and Assessment and launched in Community National schools in 2016.

The records (got under FOI) show that the NCCA and the School Network meeting were happy with the Senior part of the GMGY course that was launched in 2016.

Despite this, the Senior part of the GMGY course was amended, and launched with the Junior end of the course in 2018. It was a major change in direction for the course.

Before that, the learning outcomes only required children to understand these things, not to respect them.

This change (from requiring children to understand religion to requiring them to respect religion) reflects the educational philosophy of the Catholic Church. It is not objective and up to human rights standards.

Also, the 2018 Curriculum does not use the phrase ‘Belief Nurturing,’ but it retains the processes that were described as ‘Belief Nurturing’ in the 2016 curriculum. The only thing that has changed is that they no longer use that phrase to describe the same processes.

It seems that the Catholic Bishops in Ireland still have a lot of control over how religion is taught in Irish schools. Not only denominational schools but it seems their influence can shape how curriculum courses on religion are developed for state schools. 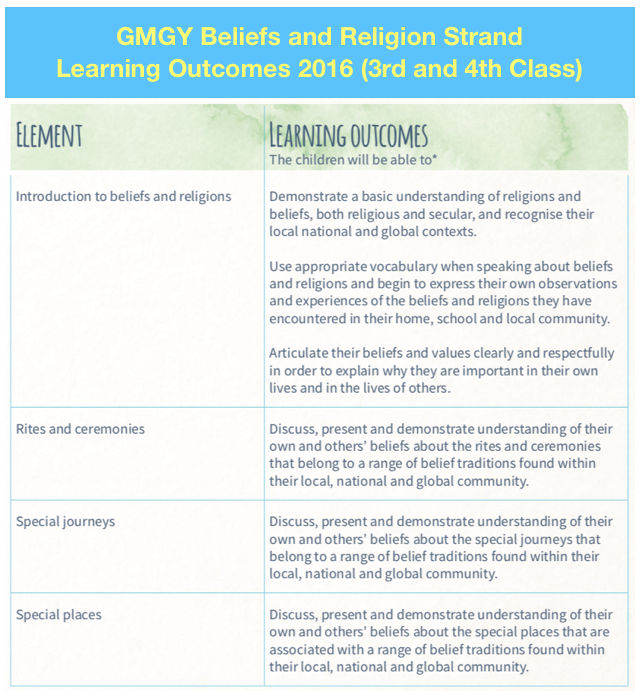 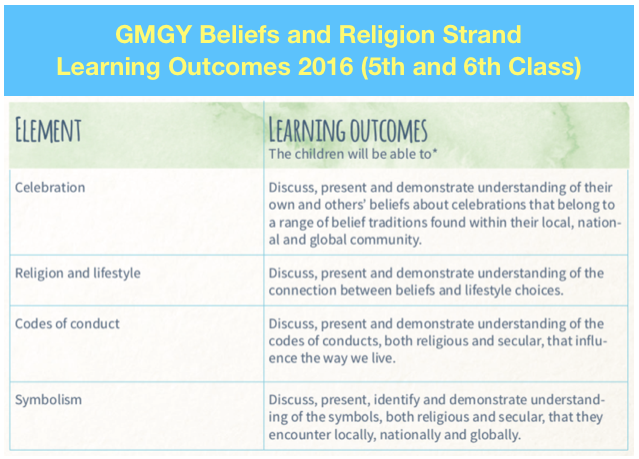 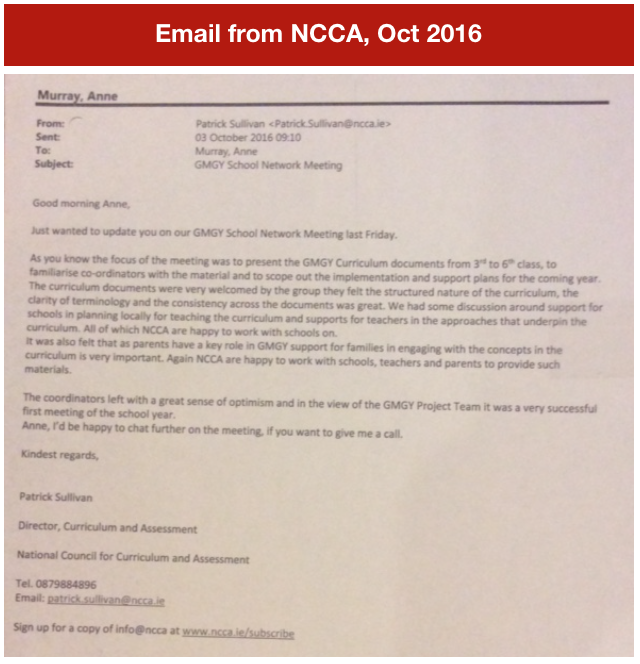 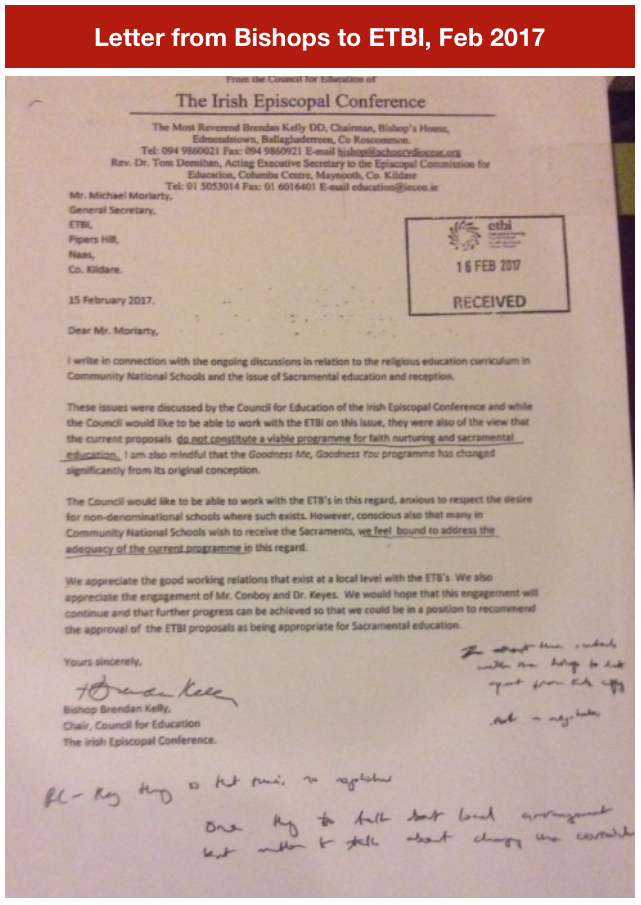 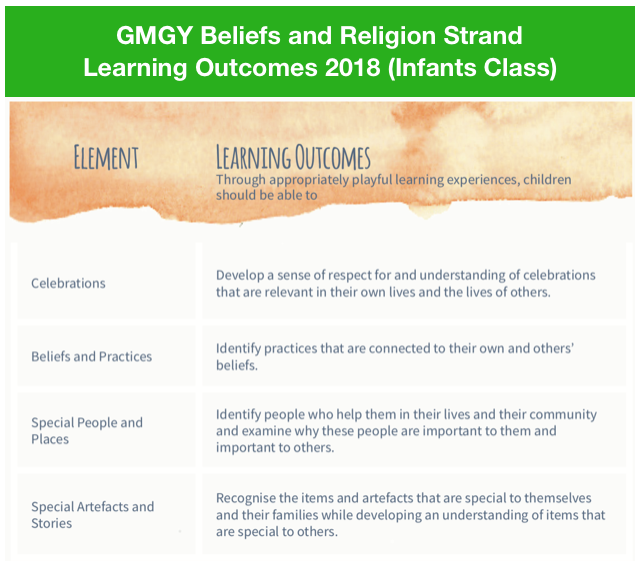 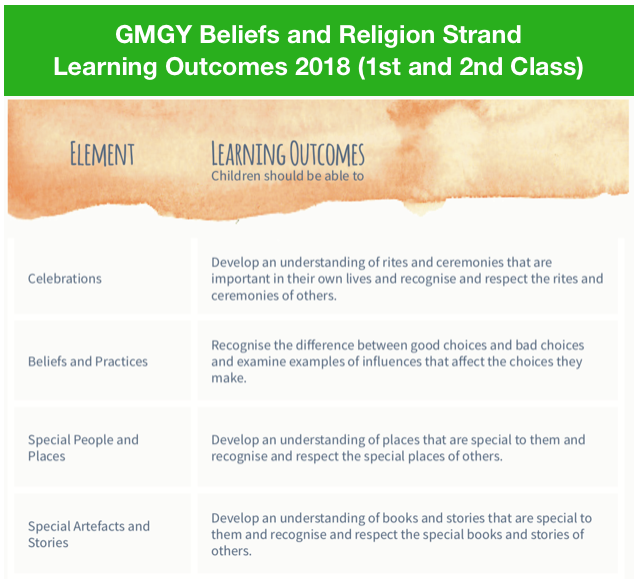 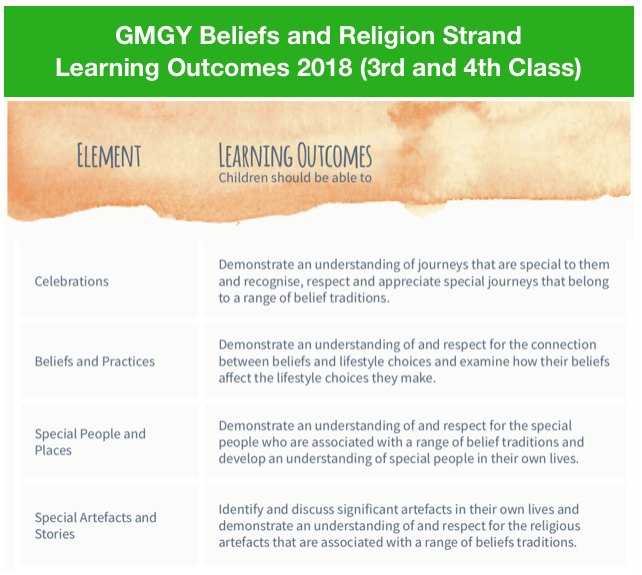 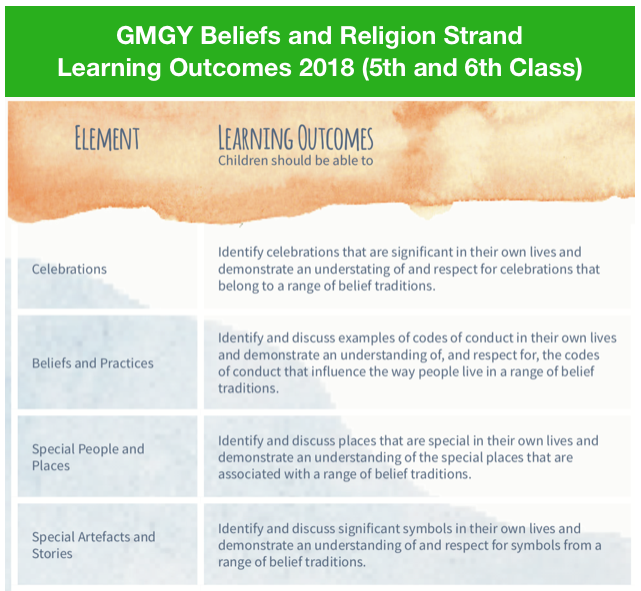