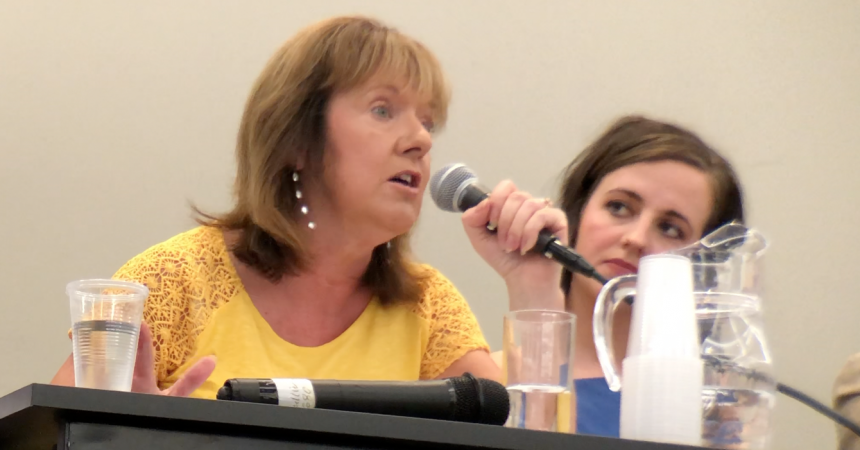 In Ireland, freedom of thought, conscience, religion and belief means that if you belong to a religious or nonreligious minority, your rights are suspended in order to guarantee freedom of religion for the religious majority. This breaches the rights of parents and children under the Irish Constitution.

This article examines what the Supreme Court ruled in 1997 about religious discrimination under the then Employment Equality Bill; what the Supreme Court ruled in 1998 about the rights of children to attend any school in receipt of public funds without attending religious instruction at that school; religious discrimination in access to schools under the Equal Status Act; and the Constitutional duty of the State to respect the philosophical convictions of parents.

What the Supreme Court ruled in 1997

In this case the Supreme Court stated that:

“This Court accepts that it is not generally permissible to make any discrimination, or even to make any distinction, between citizens on the grounds of religious profession, belief or status. This Court has also had to accept that occasions may arise when it is necessary to make distinctions in order to give life and reality to the constitutional guarantee of the free profession and practice of religion.”

But the Supreme Court added that:

“The use of the words “reasonable” and “reasonably necessary” implies that the test is to be an objective one and that the matter is to be resolved on a case to case basis.

Counsel assigned by the Court point to the use of the word “ethos” in sub-s. 1 and submit that the religious institution or denomination will state in each case what its “ethos” is and that the test will in fact become subjective. It is true that “ethos” is a vague term and is nowhere defined in the Bill. Chambers English Dictionary gives, inter alia, the following meaning to the word “the distinctive habitual character and disposition of an individual group”.

It is probably true to say that the respect for religion which the Constitution requires the State to show implies that each religious denomination should be respected when it says what its ethos is. However the final decision on this question as well as the final decision on what is reasonable or reasonably necessary to protect the ethos will rest with the court and the court in making its overall decision will be conscious of the need to reconcile the various constitutional rights involved.”

The Supreme Court also ruled that year on the constitutionality of the then Equal Status Bill. The Supreme Court also found that Bill to be unconstitutional, because of two clauses that were unrelated to religious discrimination. Because of that decision, it did not address the question of schools being permitted to discriminate against pupils on the grounds of religion.

However, if we apply the logic of the ruling on the Employment Equality Bill, it does not necessarily follow that the courts would have found that discriminating against children in access to their nearest publicly funded school is constitutionally permissible. Nor does it follow that a religious ethos or religious integrated curriculum could seek to influence minorities who have no realistic option but to attend their nearest publicly funded school.

Most parents don’t have a choice where they send their children to school. The State ‘provides for’ their education in publicly funded denominational schools (Article 42.4).  Parents are legally obliged to send their children to school. Home schooling is not a valid option for most parents, as was found by the European Court in the Louise O’Keeffe case.

Under Article 42.3.1 of the Constitution the state shall not oblige parents in violation of their conscience and lawful preference to send their children to schools established by the state, or to any particular type of school designated by the State. Most parents simply have not got the skills to educate their children at home and they are left with a choice of denominational education for their children or no education at all.

The State provides for the education of minorities in schools with a religous purpose on a take it or leave it basis and disregards Article 42.3.1 of the Constitution.

What the Supreme Court ruled in 1998

In March 1998, in the Campaign v Minister for Education case, the Supreme Court stated that if a school was in receipt of public funds any child, no matter what his religion, would be entitled to attend it. The Court went on to say that children also had the right not to attend any course of religious instruction at the school. This was after the rulings on the Employment Equality and Equal Status Bills.

“These references appear to me to establish two facts. First the Constitution does not contemplate that the payment of monies to a denominational school for educational purposes is an “endowment” of religion within the meaning of Article 44 S.2 s.s.2 of the Constitution. Secondly, the Constitution contemplated that if a school was in receipt of public funds any child, no matter what his religion, would be entitled to attend it. But such a child was to have the right not to attend any course of religious instruction at the school.” (Campaign to Separate Church and State v Minister for Education 1998)

Despite what the Supreme Court said, children are discriminated against in access to publicly funded schools on the grounds of religion. Children who gain access to publicly funded schools are left sitting in the religion class if their parents manage to opt them out. No other subject is offered. Religion is integrated into secular subjects and it is the policy of the state to promote a religious understanding of the world to all children.

Outside of the formal religion instruction class, the Supreme Court in the Campaign case recognised that a religious ethos in the general atmosphere of the school could influence children to ‘some degree,’ if they choose to attend the school. But they did not define what to ‘some degree’ means. Nor did they examine the situation in relation to a child who had no choice but to attend their nearest publicly funded school.

Religious Discrimination in access to schools under the Equal Status Act

At second level, schools with a religious purpose can give preference to co-religionists, and refuse access if a child challenges their ethos. Over half of second level schools have a religious ethos and can discriminate in access. They also make syllabus religion mandatory and combine it with faith formation (Guidelines for the Faith Formation and Development of Catholic Students).

Most ETB schools don’t discriminate in access but do promote a religious understanding of the world. They claim that syllabus religion reflects their multi denominational ethos. Syllabus Religious Education seeks to develop values in students to enable them to see the relevance of religion to their lives. That is religious formation and disrespects the Constitutional rights of parents that seek secular education for their children. The ETBs simply refuse to take on board the rights of families that seek secular education for their children.

It is not difficult to see why parents who seek secular education for their children have issues of conscience in relation to schools that promote religion through the general atmosphere of the school, integrate it into secular subjects and discriminate in access.

Under Article 42.1 of the Constitution, the State is obliged to respect the right of parents in relation to the religious and moral education of their children. Parents who seek secular education for their children on the basis of their conscience have the exact same right to respect for their philosophical convictions that religious parents have.

In the High Court in 2011, Justice Hogan stated that:

“27. Along with the guarantee of free speech in Article 40.6.i, Article 44.2.1 guarantees freedom of conscience and the free practice of religion. Taken together, these constitutional provisions ensure that, subject to limited exceptions, all citizens have complete freedom of philosophical and religious thought, along with the freedom to speak their mind and to say what they please in all such matters….” (AB v Children’s Hospital Temple Street & CD & EF – January 2011)

Given the religious discrimination and disrespect that non religious families suffer in the education system on the basis of their philosophical convictions it is clear that the State has ignored their Constitutional duty  to respect and protect the Constitutional rights of some parents in relation to the moral formation of their children under Article 41, Article 42.1 and Article 42.4.

In Ireland, freedom of thought, conscience, religion and belief means that if you belong to a religious or nonreligious minority, your rights are suspended in order to guarantee freedom of religion for the religious majority. It is not reasonable or reasonably necessary to deny minorities access to their Constitutional right to a moral and social education, or to discriminate against them in access to publicly funded schools, in order to protect the religious ethos of schools.

The Education Act 1998 (Section 30.2(d)) obliges the Minister to leave room in the curriculum, in each school day to reflect the ethos of the school. The ethos of schools and the right of the religous majority to educate their children according to their convictions is accommodated in denominational schools under this section of the Education Act. State funding of denominational schools has conditions. Those conditions have been ignored for far too long. The State has just ignored the need to reconcile the various constitutional rights while ‘providing for’ the educaton of minorities in denoinational schools.

Atheist Ireland is campaigning for the Separation of Church and State in order to protect the rights of all families in the education system.