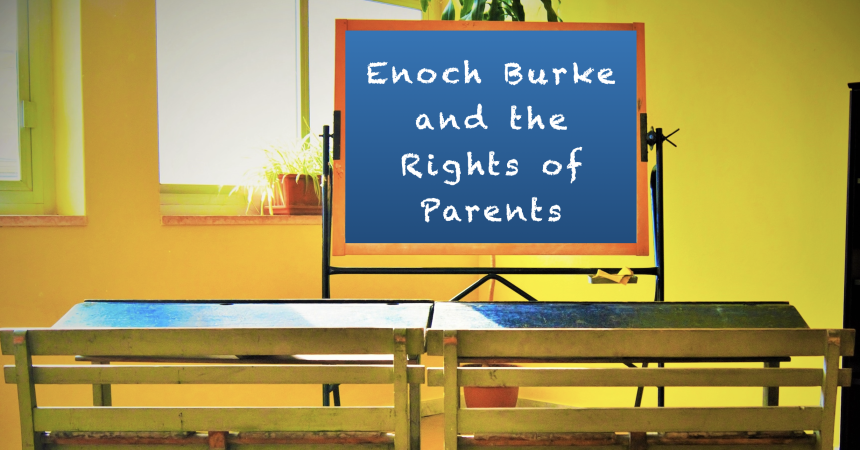 Today the High Court has ordered the arrest of Enoch Burke, a teacher in a Church of Ireland School, for breaching the terms of an injunction to not attend the school. He was suspended because of his behaviour at a religious service and dinner, but has continued to turn up for work. You can read about that here.

His suspension is about his behaviour at the service and dinner, but he is presenting it as if it is about his right to call a child by a different name, and to use the pronoun ‘they’, which is the wish of the student and their parents.

On that underlying issue, Enoch Burke should be well aware of the constitutional rights of parents in Irish schools, as his brother Elijah recently won a Supreme Court case on the basis of the rights of parents to home school their children.

When looking at this issue there are three essential things to note:

The Supreme Court stated, in the recent case that Enoch’s brother Elijah won, that:

“An overall saver in the constitutional text is that the State, in providing for free primary education and in endeavouring to assist post-primary education in various forms, have “due regard … for the rights of parents, especially in the matter of religious and moral formation.” This provision reflects a concern for upholding parental authority; a foundational pillar of the Constitution that accords with Article 41 recognising the family as “the natural primary and fundamental unit group of” Irish society. Hence, society is built around the family.”

The Irish Constitution recognises all parents’ rights. They are not confined to religious parents, notwithstanding the fact that many people believe that it is only religious parents that have rights in relation to the education of their children.

Parents with philosophical convictions have exactly the same rights as those with religious beliefs and the Irish courts recognise this. The rights of parents in our Constitution (which reflect Catholic Church teaching on education) are the very thing that undermines the claims of Enoch Burke in relation to his Constitutional rights.

“27. Along with the guarantee of free speech in Article 40.6.i, Article 44.2.1 guarantees freedom of conscience and the free practice of religion. Taken together, these constitutional provisions ensure that, subject to limited exceptions, all citizens have complete freedom of philosophical and religious thought, along with the freedom to speak their mind and to say what they please in all such matters….”

A teacher’s religious beliefs or a school’s religious ethos do not take precedence over parental authority in relation to the education of their children. A school would have to prove that referring to a child by a different name undermined their ethos. How can a school or a teacher prove that? it is ridiculous to even suggest it. Also, how can referring to a child by a different name undermine the religious belief of a teacher? It would not be much of a belief if that was the case.