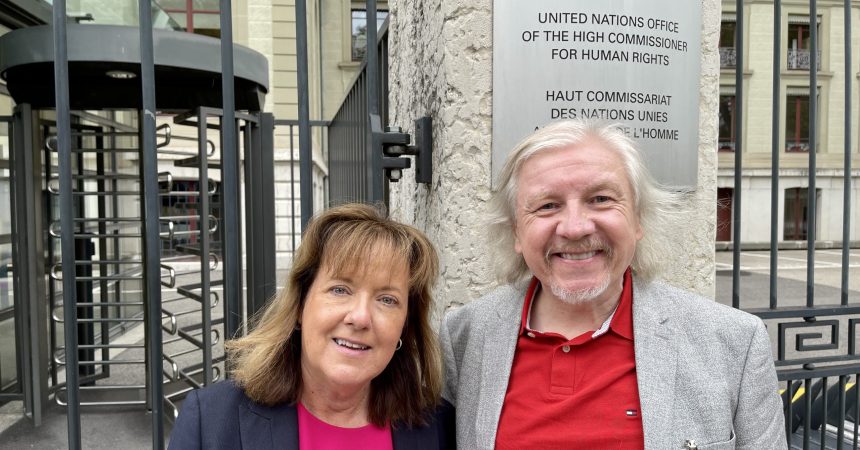 Atheist Ireland, the Evangelical Alliance of Ireland, and the Ahmadiyya Muslim Community of Ireland, made a joint submission to the UN Children’s Rights Committee as it prepares to question Ireland next January. You can read that submission here.

We also met with the UN Committee last week in Geneva, along with other Irish human rights and civil society groups. Before that meeting we sent the Committee this update on recent developments.

Written Statement to UN Committee on Children’s Rights from Atheist Ireland, the Evangelical Alliance of Ireland, and the Ahmadiyya Muslim Community of Ireland

2. Update on schools by patron type

3. Update regarding Divestment of Schools

In March 2022 the Government announced plans to discuss divesting more schools from Catholic to multi-denominational patrons in eight pilot areas. As outlined in our submission, even the maximum proposed divestments would not provide alternatives for secular and minority faith parents in the many areas where there is only one school which would remain Catholic.

Also, the government plans only to divest to Community National Schools run by local Education and Training boards. These schools are more religious than the alternative multi-denominational schools run by Educate Together. Their ‘Goodness Me Goodness You’ religion course is not neutral and objective, and they automatically enrol students into it with no option to not attend.

Section 62.7(n) of the Education (Admission to Schools) Act 2018 requires schools to include in their admission policy:

Atheist Ireland compiled a report in 2020 about how schools are refusing to comply with this requirement. In that report we examined how 100 sample schools addressed (or failed to address) this requirement in their most recent Admission Policies.

We have this week re-examined the same 100 sample schools and we have found that, while many of the policies have a more recent date and almost all of the sample schools now refer to the requirement, the overall situation remains substantially the same.

This government-sponsored Bill is currently at Committee Stage in the Oireachtas. If amended, this Bill could be used to address some of the issues in our recommendations. However:

6. Update regarding private member bills in the Oireachtas

7. Update regarding sacramental preparation in schools

There were inaccurate news reports in Ireland last week that the Catholic Church in Dublin is starting to move sacramental preparation outside of the classroom. In reality, the full Church policy document says that schools will continue to “educate children for the sacraments”, with “content specific to” each sacrament being “a two year process”, and that registration for the sacraments will be moving outside of the schools.

The three types of religious education in Irish schools